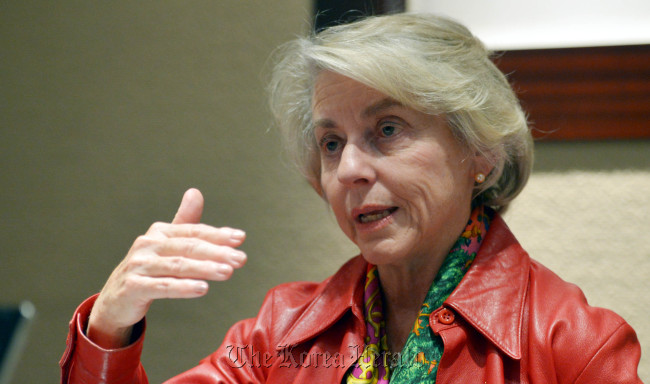 Photo by The Korea Herald; heraldcorp.com

During a week of traveling in Asia on behalf of CMC, President Pamela Gann met with reporters in Seoul to discuss the global value of a liberal arts education, and talk about the success of the College’s international partnership with Yonsei University. Her travel to Seoul included a visit to Yonsei as well as the Korea Foundation. She then visited Beijing and Shanghai.

In an interview with Korea Joongang Daily (“Claremont McKenna Deepens its Yonsei Ties”) on March 2, Gann repeated the message that a liberal arts education is a powerful tool in tough economic times, not only in landing jobs but in getting into professional schools.

“I call it a hand-tailored education,” said Gann, who also previously served as dean of Duke University School of Law School for 11 years. “We can literally tailor the education of every student to what he or she is trying to accomplish.”