Dedication: To my loving mother, who instilled in me a sense of commitment, hard work, and what it means to follow your heart.

Standing there, the makeshift fence felt too light and frail in my hands, incapable of really serving its purpose as a barrier offering protection. A man turned to us with some instructions.

“If I get the sense he feels uncomfortable or threatened, I will ask everyone to please exit the room. But do not run, you must walk slowly, NO sudden movements,” the trainer said in a stern voice.

“We’ve met before,” I nervously reassured myself, “so maybe there’s a chance he remembers me.”

Standing on my right was Jackie Chan, actor, martial arts master, and global icon. He was quiet like the rest of us. He had his hands folded squarely behind his back and a nervous look on his face.

Then Spike walked in. Spike is a 6,000-pound male rhinoceros.

Before he entered, the room already felt pretty small for Chan, me, and a handful of film crew members—it was a space not much larger than your average living room. As I looked at Spike and held the fence in place (realizing it was not connected to anything), I suddenly asked myself, “How in the world did I end up here?”

At CMC, you see, I majored in economics and accounting and graduated in 2008. I went on to receive my masters in accounting from the University of Texas, Austin, and landed a highly-coveted job with PricewaterhouseCoopers, one of the “big four.”

After a brief stint at PwC, my career path took a few twists and turns (to say the least). I spent time in rural Puno, Peru, working with indigenous community members on water sanitation projects on the banks of Lake Titicaca. My accounting background also took me into projects with global brands such as Coca-Cola and Target to move towards a more sustainable future. I managed the production, filming, and distribution of conservation commercials that used live elephants and rhinos.

That’s where Spike and Jackie Chan came in. 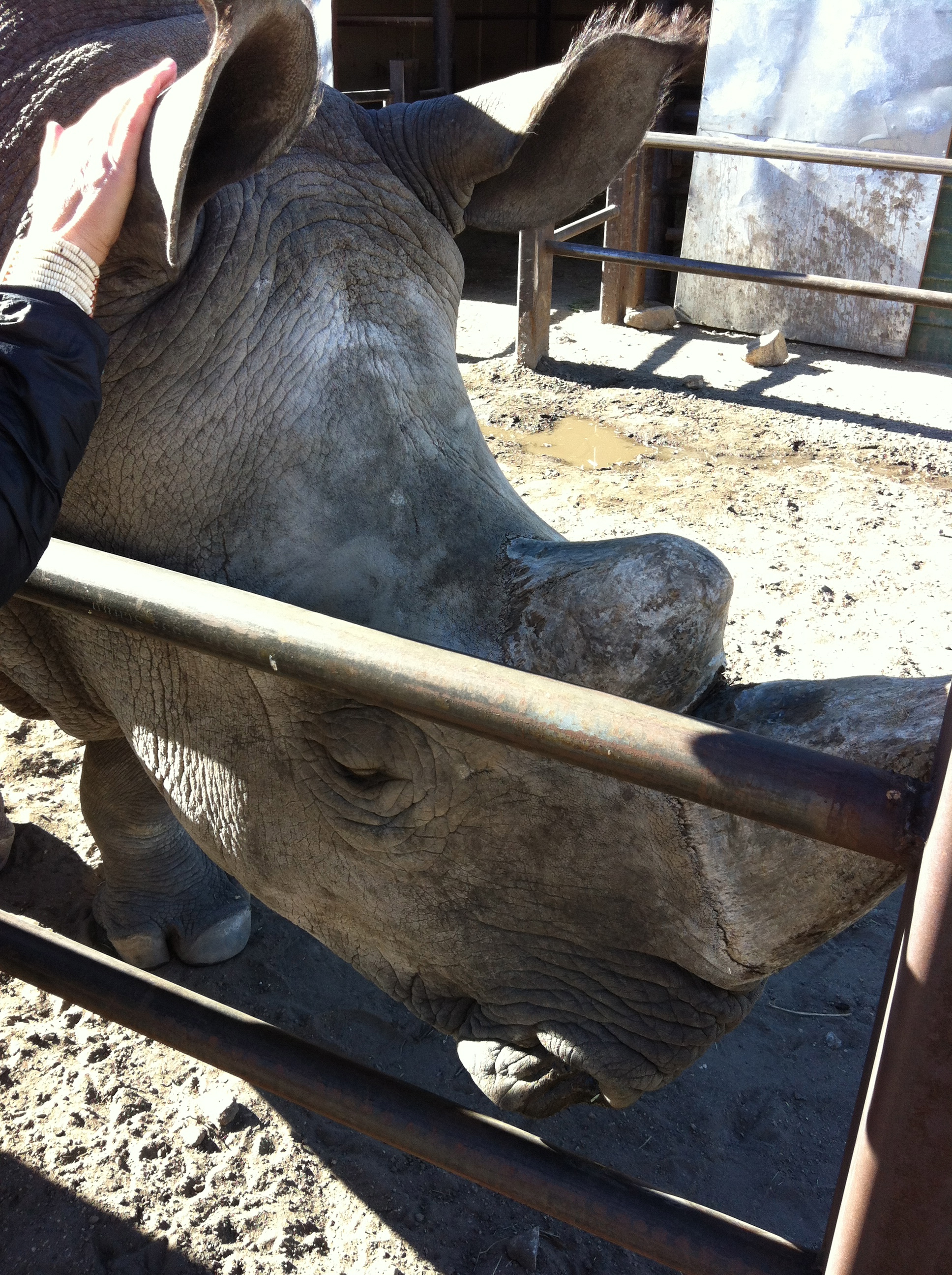 They were being filmed for a television commercial to be aired across China and Vietnam. The rhino is highly endangered in that region of the world, and Chan used the commercial to urge viewers to no longer consume products made from these beautiful creatures.

In the end, I knew I was lucky. This was a tremendous experience—it was the kind of adventure that I didn’t expect as part of an accountant’s life.

But that’s the beauty of receiving an economics and accounting degree from one of the top liberal arts colleges in the country. Without a liberal arts backing, I wouldn’t have been able to leverage my skills in marketing, communications, and international development while utilizing my financial analysis and accounting skill sets.

Like other Econ-Accounting majors, I felt pressure to land a job at “the big four.” But my parents, who both have had long careers as CPAs, always taught me that there’s great value in having an accounting degree no matter what you do professionally.

What I learned—and what I encourage other CMCers to understand—is that they can follow their passions and still put to good use an Econ-Accounting degree.

My educational background has opened doors to me in places around the world, including my hometown of Dallas (I served as Vice Chairman of the Dallas Urban Forest Advisory Committee, which works on environmental and beautification projects there).

Claremont McKenna is a college that builds leaders, and leaders challenge the norm and question the status quo. Don’t forget to challenge and push the boundaries of what you think is possible, no matter what your degree might be. Find out what interests you, what motivates you, what changes you want to see in the world—and then put the tools you’ve received to good use.

Who knows? One day, you might just find yourself on set with Jackie Chan and Spike the 6,000-pound rhino…

Weismann serves as Manager, Special Projects at Sustainable Brands, a company engaging the largest brands in sustainability projects around the world.