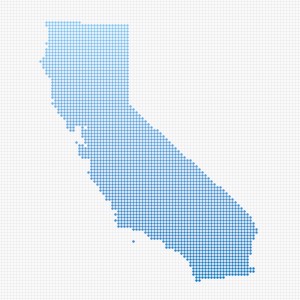 Proposition 14 changed the way that elections are conducted in California. Passed in 2010, the measure mandated that all voters to receive the same primary election ballot for statewide offices. The top two candidates by popular vote — regardless of party —would advance to the general election ballot, instead of the previously held single-party ballot primaries.
Supporters of the measure claimed it could result in elected representatives in Sacramento and elsewhere in California who are less partisan and more practical. Opponents argued that the measure would actually make primaries less open because candidates were not required to list their party affiliation on the ballot, allowing them to look independent while remaining partisan.

With California using this new system in its second primary last June, the question arises: What has been its impact?

Rose Institute of State and Local Government Faculty Fellow Andy Sinclair ’08 with the help of Student Manager Ian O’Grady ’15, completed a preliminary paper from research supported by the Rose Institute, along with Caltech (where Sinclair was a postdoctoral fellow last fall) and the Irvine Foundation. The paper argues that California’s top-two primary has a moderating effect on the California State Assembly.

In 2012, California first used a nonpartisan “top-two” primary. Early academic studies of the effects statewide have produced mixed results on the key question: Does the new law make it possible for more moderate candidates to win? This study focuses on one particular California State Assembly race, District 5, from 2012 to assess the operation of the new law in detail in one same-party runoff. Republicans Frank Bigelow and Rico Oller competed against each other in both rounds; Bigelow, the more moderate Republican, won the general election. This study uses the internal Bigelow campaign polling data (three surveys of 400 voters each) to assess the dynamics of the race, revealing not just voter attitudes towards the candidates but the reasons for Bigelow campaign choices. The results suggest that although little strategic behavior took place in the first round, voters, including Democrats, tended to support the spatially logical candidate in the general election – with the advantage to Bigelow, the candidate closer to the median voter of the district.
Read full text of the article.