‘Sparking’ an interest in computers

Note: An edited version of this interview appeared in the print magazine. 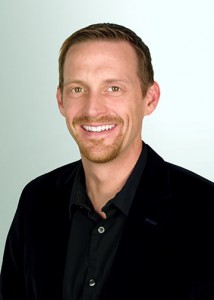 Grant Hosford ’92 is a self-styled “geek dad” who also happens to be co-founder, with Joe Shochet, of codeSpark, a learning game start-up based in Pasadena and backed by renowned tech incubator Idealab.

The two founders pooled their decades of entrepreneurial experience in digital services and online games to pass on their love of all things computer to their own kids and the rest of “generation tablet.” Indeed, codeSpark’s mission is to ignite curiosity in computer science and turn programming into play.

Hosford, who was an International Relations major at CMC, has been an executive at several successful start-ups and deeply involved with mobile apps, e-commerce, and online marketing for over a decade. He was an early champion of web analytics and co-founded a successful web analytics consulting practice at ZAAZ, Inc. Other start-up experience includes five-plus years with eHarmony and a year of vetting start-up ideas for legendary entrepreneur Bill Gross, the founder of Idealab. Hosford took some time recently to answer a few of questions about codeSpark.

CMC: Tell us more about codeSpark.

Hosford: Interest in programming has exploded globally but schools have failed to teach it, creating a massive opportunity for self-guided education. We have play-tested our way to a custom curriculum for kids 5-8. codeSpark’s ‘pick up and play’ game mechanics are specifically designed for a broad range of learning styles. In our everexpanding virtual world, players control characters called “Foos.” Problems are solved, games are created, and the world is brought to life by programming Foos with a language that is 100% visual.

CMC: How do you hope this technology will be used?

Hosford: We hope “The Foos” will become the standard for introducing young kids around the world to computer science and programming. We’ve intentionally made it fun for both girls and boys, and we’ve tested it with a wide variety of ethnicities and socio-economic backgrounds. codeSpark kids will believe they are good at computer science and that computers can help them no matter what they do in life.

CMC: How have your own kids influenced your work with codeSpark?

Hosford: I have three kids— Ethan (13), Naomi (7) and Samantha (6). A big part of my initial inspiration for the company was sparked over a year ago by Naomi. She begged to take a robotics class at school, so we signed her up. It turned out she was the only girl and the youngest student in a class of more than 20 kids. It seemed very wrong to me that there weren’t more girls and more kids her age, so I started doing research to see how computer science was being taught to young students, if at all. I discovered an interesting dichotomy. As research from Tufts and MIT clearly showed, there were many benefits to teaching computer science to kids as young as five (improved logic, math, persistence and reading comprehension, in particular) but there were very few elementary schools teaching computer science—even to the older grades.

CMC: You saw a need that wasn’t being met.

Hosford: Yes, I wanted to create something my daughters would like and that would give them confidence about their abilities with computers. I thought that if I could build something that made me happy and made them happy, I would really be on to something. The trick was, you needed to get the keyboard, mouse and programming syntax out of the way. That’s why we’ve focused on tablets and a 100% visual programming language. Since Naomi and Samantha are right in our core target market, they have tested every prototype and every iteration of the launch product. They also had a lot of input on the characters, art, and music. What’s great about them is that they agree about 50% of the time and completely disagree the other 50% —so when they both like something I know we are probably going in the right direction. 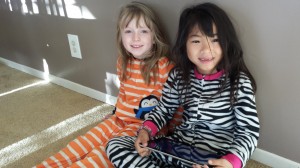 CMC: You’re lucky to have two testers in your family.

Hosford: (laughs) Yes, but we also test regularly with lots of other kids (and initial results are fantastic!), including local elementary school classes in several school districts. Still, I guess you could say that Naomi and Sam are the company’s “Chief Testing Officers.”

CMC: What is new and different about codeSpark? Is it part of an emerging trend in education?

Hosford: codeSpark is different in a few important ways. One is that the game has no words, so early readers, ESL and international students can all play and learn some very sophisticated concepts. Ours is also the only game about computer science that combines structured challenges with free play areas where kids can let their imaginations run wild. Our research shows this combination is optimal for keeping kids engaged and achieving deep learning. In addition, our game simply looks better and is more fun than other “learn to code” games. My co-founder Joe Shochet has been building amazing video games for decades and we are bringing industry best practices to “The Foos,” including a focus on silliness as an engagement tool.

Learning games are experiencing a renaissance because the technology is so much more powerful than just 10 years ago. Games that teach computer science to young kids are a very new but rapidly growing niche as there is a realization that the world is digital but our schools are analog. Kids need to be comfortable telling computers what to do, not just making power points on them. We are hoping to show just how educationally powerful games can be.

CMC: If this first phase is successful, what do you plan to do long-term?

Hosford: Our long-term vision is to build out a large offering of games and physical toys that make hard things like science, math, engineering and music fun. But for now we are very focused on teaching first K-2, then grades 3-6 computer science. We believe that global markets can fuel our growth for several years.

CMC: How does Idealab support codeSpark?

Hosford: In 18 years Idealab has started over 125 companies, most in the consumer internet space. Idealab has given us seed capital, rents us space, handles all of our administration needs and is incredibly networked for fund raising and business development. For example, in two weeks last June, Bill Gross and Allen Morgan, an Idealab board member, arranged for me to meet over 25 of the top angel investors in Silicon Valley. I also regularly meet with Bill to get his input on product design decisions. I was working at Idealab when I got the idea for codeSpark and they have been incredibly supportive throughout the process.

CMC: How did your education/experience at CMC help you?

Hosford: I learned to think, problem-solve and express my opinion logically and eloquently at CMC. These elements of my education have been invaluable for everything I’ve done in my eclectic career. I was an international relations major and that helped shape my belief that most opportunities are global if you plan properly. Ed Haley was my mentor and thesis reader and his wisdom and support gave me the confidence to pursue grad school. Professor Faggen was my Frosh Lit professor and his class was incredibly challenging. I think it may have been the first class he taught at CMC so he really piled on the work, including assigning us the dense Melville novel “Pierre.” He taught me right away that the world will challenge you but that with perseverance you can both learn from them and handle more than you might have guessed.

I had a ton of great experiences at CMC that included playing varsity golf for two years and being the RA of Wolfford. One crazy memory I have was meeting the CEO of Beatrice Corp at the Athenaeum and then convincing him to play “slosh ball” with us on Parents Field the next day – while wearing his three-piece suit! I was also fortunate to have dinner at the Ath with Henry Kravis twice – those conversations were inspiring and fascinating.

CMC: What is the biggest plus and biggest minus about a career in tech or indeed, the world of tech/programming/computers?

Hosford: The biggest plus is the chance to pull a talented team together and build something that has a chance to change the world. It’s cliché but only through technology can we leverage our efforts in ways that positively affect millions of people. The biggest minus is that you tend to live a very specific cultural bubble that can distort your view of the world. For example, it turns out lots of people don’t know or care what a browser is – techies can forget simple things about how most of the world really lives.

CMC: What in your opinion is the best path to pursue for an undergraduate interested in a career in tech?

Hosford: No matter what you plan to do with your life, do three things: