Imagination, Emotions, and the Paradox of Fiction

You don’t really believe anyone is actually in danger or anyone actually has been killed. Rather, you are engaging with these ﬁctional scenarios by way of your imagination; it’s merely imaginary danger and imaginary murder. Why should such purely imaginary events have the emotional impact they do? In the philosophical literature, this question often goes by the name the paradox of ﬁction. The paradox arises from the juxtaposition of three claims. Though each of these claims is independently plausible, they are jointly inconsistent. First, it seems that we often have emotional responses to ﬁction that are genuine and rational. Second, we are having these emotional reactions when imaginatively engaging with the ﬁlm without ever believing that the unfolding events are really occurring. But third, it seems that we can be rational in having a genuine emotional response to a given situation only if we believe that the situation is actually occurring.

This last claim needs some unpacking. Consider someone who is terriﬁed of a burglar lurking outside his house. Such a fear might seem appropriate. But now suppose we were to learn, not only that there isn’t burglar outside, but that the homeowner also knows full well that there’s no burglar outside. In this case, his terror starts to look considerably less appropriate. 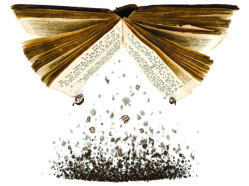 Therein lies the paradox about our emotional engagement with the world of ﬁction. My emotional reactions to the events unfolding on the screen or on the page are out of step with my beliefs — I don’t believe any such events actually occur. So how can I be rational in having such reactions? Am I as irrational in feeling sadness over the death of Han Solo as the homeowner who fears a burglar he knows to be nonexistent?

A different strategy relating to the ﬁrst of the three claims that generate the paradox is simply to bite the bullet. Philosophers who take this approach have tried to argue that we need to accept that our emotional reactions to ﬁction are always irrational ones. But this, too, seems unpalatable. Though certain emotional reactions to ﬁction would be irrational ones — for example, were one to laugh hysterically at Han Solo’s death — it does not seem that we are always being irrational when we experience joy or sadness or fear in response to the ﬁctional events with which we’re engaging when we watch a movie or read a book. While hysterical laughter at Han Solo’s death is irrational, tears are not.

Might we have more success focusing on the second of the three claims that generate the paradox? Some philosophers have tried to argue that when engaging with ﬁction, we come to believe — at least temporarily — that the described or depicted events are real. This might be a kind of suspension of disbelief, or perhaps something best described as “half-belief.”

But insofar as we do have the relevant beliefs about the ﬁctional events, then our emotions in reaction to ﬁction would no longer be irrational; indeed, they would be perfectly in line with our beliefs. As is perhaps clear, however, this strategy merely trades one kind of irrationality for another. There might be times when we mistake a work of ﬁction for a work of history, but when we know full well that the work that we’re engaging with is a work of ﬁction, it would seem a particularly problematic form of irrationality if we were to start believing that the events being depicted are really occurring.

For these reasons, philosophers have often tried instead to ﬁnd some way to reject the third of the three claims that we encountered above.

Perhaps our emotions don’t always have to be in line with our beliefs in order to be rational. Maybe having emotional responses when engaging with ﬁction is importantly different from cases where we have emotional responses to nonexistent burglars and non-occurring promotions. The role that ﬁction plays in enabling us to explore emotional reactions in a “safe” way to learn how we would respond in certain situations, to help us to understand what kinds of reactions certain new or unexpected situations would generate — seems to have an important utility for problem-solving and planning purposes, and these are purposes that are central to our rational natures and our ability to navigate the world.

Whether these kinds of considerations are enough to really resolve the puzzle remains unclear, however. It’s not called a paradox for nothing!

Kind is professor of philosophy at Claremont McKenna College. Her recent books include The Routledge Handbook of Philosophy of Imagination (Routledge, 2016) and Knowledge Through Imagination (co-edited with Peter Kung, Oxford Univ. Press, 2016)