Religion and Elections in America: Some Interesting Numbers 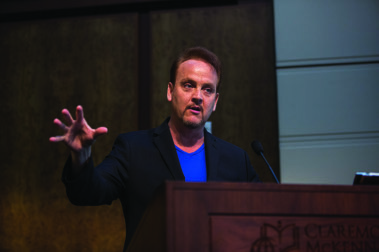 Professor Gastón Espinosa discussed the place of religion in American electoral politics against the backdrop of the Presidential election in an Athenaeum lecture last April. The following is adapted from the lecture by the Arthur V. Stoughton Professor of Religious Studies. See the entire talk here.

There’s been a lot of press recently about the decline of religion in America…but we are seeing growth of religion, not only in the US, but around the world, especially more theologically conservative varieties. Those that are declining are the more traditional and theologically liberal versions, according to a recent Pew Religious Landscape Survey.

Why is religion important in American politics? Most Americans are religious, though there has been recent decline. A recent survey by The Pew Charitable Trusts reported that the percentage of Americans reporting they were Christian dropped from 78 to 70.6 percent. Another 5.9% (an increase) report they are Jewish, Muslim, Hindu, Buddhist, or practice some other form of spirituality. All combined, a very high percentage of Americans report they are religious or spiritual. Atheists are 3.1% of the population and agnostics 4.0%. Those claiming no religion in particular has grown to 15.8%.

[W]hat’s the evidence that religion is important in American politics? More than half (51%) of Americans say that it’s important that a president shares their religious beliefs, however broadly deﬁned. So, any time you go out to give a campaign speech, half of the population is going to say religion is important to them. You can’t be dismissive of religion, even if you yourself aren’t practicing a religion yourself. This is especially true in regions with high concentrations of Americans with Protestant, Evangelical, and/or Catholic backgrounds, such as in the South, Southwest, and Midwest – where most of the swing states are located.

For example, a recent 2016 Pew Research Center survey found that 68% of Protestants reported that a candidate’s religious identity is important in shaping who they will support. Evangelicals (83%), African Americans (70%), Catholics (55%), and Latino Catholics (72%) agreed. Sixty-six percent of Republicans nationwide reported that religion is important in shaping their voting decision. This is not just a Republican concern. Nationwide, 53% of all Democrats said the same. These are big percentages. If you’re running for ofﬁce, you’ve got to pay attention to them.

Why else is religion important in politics? Because the vast majority (51%) of Americans see religion’s declining inﬂuence as a “bad thing” for American life – including 65% of the nation’s Protestants, 74% of Evangelicals, 57% of mainline Protestants, 55% of Euro-American Catholics, and 52% of Hispanic Catholics. This could be turned into a rallying point or wedge issue if the opposing candidate is portrayed as indifferent, weak, or hostile to religion. So, religion matters to the vast majority of Americans. My thesis is that many Americans are quietly spiritual or religious. They don’t talk about it too much. But it’s an important and often quiet variable that shapes their moral views and political calculus.

Barack Obama, in his book The Audacity of Hope, reported that 94% of Americans are spiritual or religious. He was one of the ﬁrst Democrats in some time to include an entire chapter on faith in his autobiography. Hillary Clinton did so as well. Why? Because they learned the bitter lessons that religion and race mattered from George W. Bush, who reached out to U.S. Latino and Asian American Protestants, Evangelicals, and Catholics in 2000 and 2004 and won. As a result, he took 44 percent of the Latino and Asian American votes respectively, on Election Day 2004, according to the National Election Pool (NEP) exit poll. Bush used religion as a back-door canvassing vehicle into the Latino community, since the front door was carefully guarded by Democratic-leaning organizations like the National Council for La Raza. He invited Latino and Asian American Catholic and Evangelical leaders to his campaign meetings and once elected, the White House. Bush’s gains were squandered in 2008 and 2012, when McCain and Romney didn’t follow the Bush playbook on reaching out in a major way to racial-ethnic and religious voters until it was too late. Instead, McCain’s Latino Election Day support dropped to 32% and Romney’s to 27%, all of which hurt them in key swing states like Florida, Colorado, and Nevada – states Bush had won in prior elections.

In fact, scholars prior to 2004 had written about the Republican gender gap and Democratic God-gap, based on groups that each party had a difﬁcult time reaching. We pointed out that Bush helped close the gender-gap in my Religion, Race, and the American Presidency book and Obama helped close the God-gap in 2008 in my Religion, Race and Barack Obama’s New Democratic Pluralism book.

Ironically, Evangelical voters are important to both political parties. They make up about one-third U.S. population and 26% of the electorate. The African-American and Evangelical votes are the about the same size in terms of their value for a winning 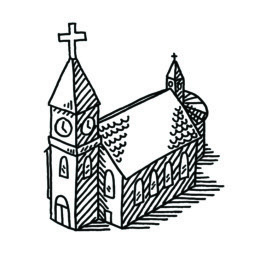 Democratic coalition in a typical presidential election. However, 2008 was an exception when more African-Americans voted than normal. However, every Democrat needs to take 24-26% of the Evangelical vote to win, unless they can ﬁnd some other group to help offset them. This is difﬁcult since they make up 1 out of 4 voters. However, this is not as unreasonable as you might think since 20-26 percent of Evangelicals vote Democrat in every election. John Kerry took around 21% and lost in 2004 and Obama took around 25 percent in 2008 and won. Despite the fact that Obama gained ground among religious conservatives, the National Election Pool exit poll found that only 25% of Americans reported being politically liberal, while 35% reported they were conservative and 40% moderate. This seems to underscore’s Bill Clinton’s political calculus, when he wrote in his autobiography that although the American electorate is theoretically progressive-liberal, it is operationally moderate-conservative.