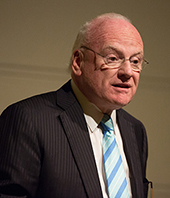 “You can’t really pick up the newspaper without finding somewhere, on the front page these days, a story about some major organization that was hacked. Last week it was a major health care company in the United States…. The fact of the matter is, as the Attorney General said last year, there are only two kinds of companies in the United States: those that have been hacked and know it, and those that have been hacked and haven’t figured it out yet.” 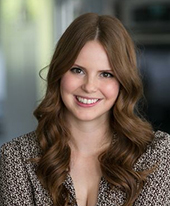 “The road to being a successful blogger, or a successful web presence, is filled with a lot of frustrations and disappointments because there are a lot of people out there who are doing the exact same thing you are …. It’s very important to just make sure that you are constantly growing and changing and learning yourself because that’s going to be completely realized by your blog.”

– CLAIRE THOMAS ’07, blogger/author of the cookbook The Kitchy Kitchen: New Classics for Living Deliciously, during her Athenaeum lecture on “Turning Your Blog Into A Brand” 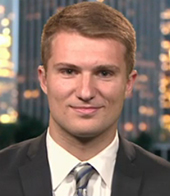 “I think a lot of my friends are like the average millennial and not too politically involved. Obviously, people know the last name. The goal is to get people to see past the name and look at who Jeb Bush is as a candidate.”

– LUCAS AGNEW ’15, a dual major in government and legal studies, who told the Washington Post why he decided to organize Millennials for Jeb, a super PAC aimed at exciting young voters about a presidential run by the former Florida governor