Life in the fast lane

For Tim De Silva ’18 and his father, racing’s a family affair

A sophomore at CMC and a golfer on the CMS Men’s golf team, De Silva had just won his first Pacific Formula 2000 Series professional race and it carried a great deal of importance for him.

For one thing, winning the race with a crew that had raced for many years with his father Harindra meant so much to him.

What meant even more, though, was winning the race with his dad there to share in the moment. Not only did Harindra have an opportunity to see his son win the race, he himself competed in the race and finished two spots behind Tim for a third-place podium finish.

It was the first father-son podium finish in the history of Pacific Formula 2000 Series according to Tim.

For Tim, moments like that victory epitomize why he started racing and why racing has become such an integral part of his life.

“For me this all started because of my Dad,” Tim said. “Racing for me has always been something that my dad and I have done together and I very rarely do any races if he’s not there driving with me. We drive in very similar classes and get to compete with each other.” 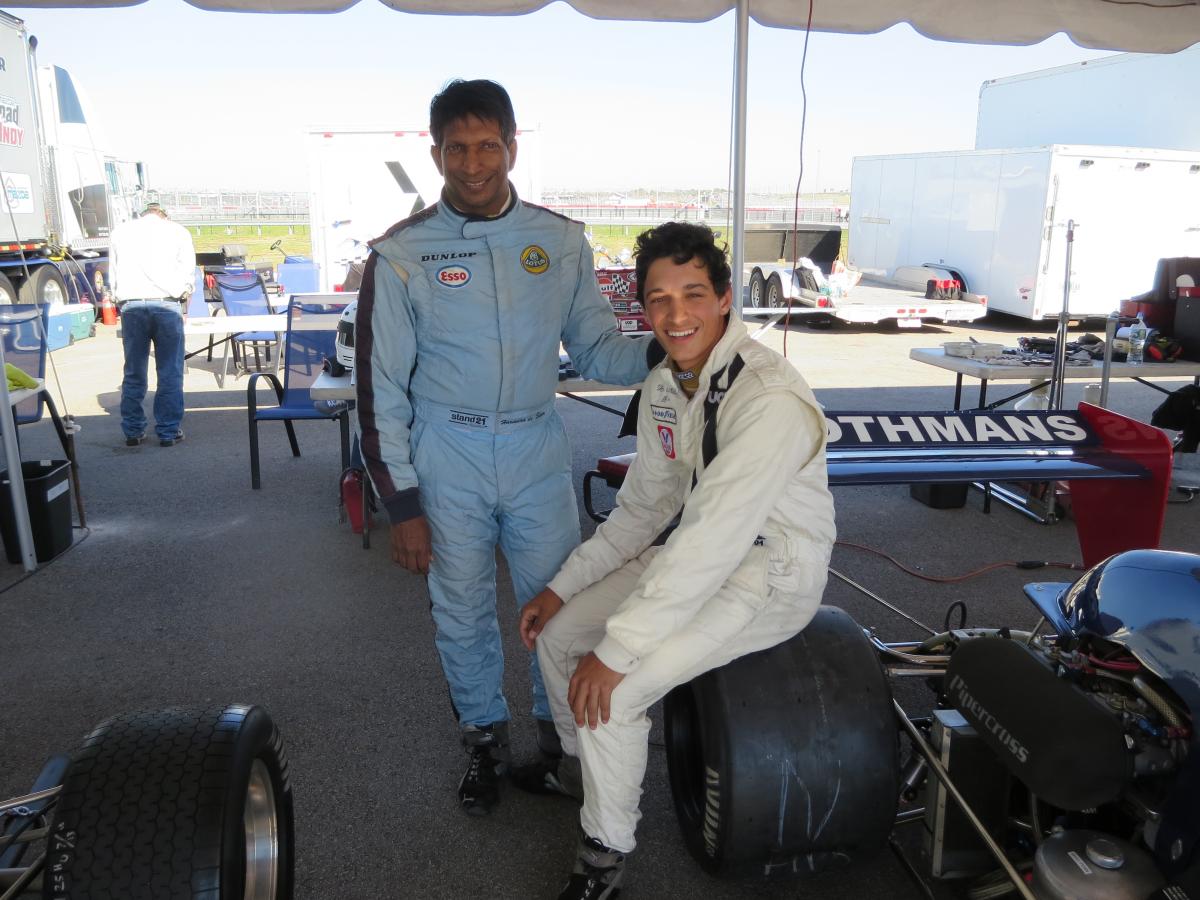 Currently, the two have been racing in the Pacific Formula 2000 Series—a West Coast, semi-professional series held at local tracks including the Auto Club Speedway. It is part of what’s called the Mazda Road to Indy Car, just a few steps below the Indy Car Series.

Tim and Harindra also race vintage cars from the 1960s and ’70s and compete on the go-kart circuit from time to time.

Over the last year, Tim has competed in about 10 races. Five of those races took place on the go-kart track which is where it all began for Tim … and which is common for most competitive drivers early in their racing careers.

When he was 9, Tim said his interest in racing began to take shape because his father started racing vintage cars similar to the Italian-made 1978 Osella PA8 that Tim drives now. The father-son team also spent nearly every Sunday morning together watching Formula 1 races on television.

As Harinda De Silva continued to race, Tim said that his father realized that the best way to hone his skills were not behind the wheel of a vintage car, but rather in a go-kart. When Tim turned 10 or 11, he and his Dad began participating in go-kart racing schools together.

From racing school, the pair progressed into regional go-kart competition, then national competition.  By the time Tim had turned 15, he was competing in Formula Mazda racing (which is a semi-professional, lower-level form of open-wheel racing). Tim also added a few vintage car races into his competitive racing schedule from time to time.

Tim’s development as a driver continued over the years, but one thing has always remained constant. He and his father almost always race together.

“Racing with my dad is the most fun I have doing anything. I’ve done some races without him and he has done some without me,” Tim said. “I’ll never forget something that he said when I went off to college. He went and did a go-kart race and called me after, because we always talk after races and he said, ‘Man, it wasn’t anywhere near as fun without you there.’ ”

And Tim feels the same way, too.

“When I do a race without him, it’s just not the same,” he said. “The first thing we do after a race is get out of our cars and run over and talk to each other about what happened in each other’s races.”

Racing skills on the golf course? 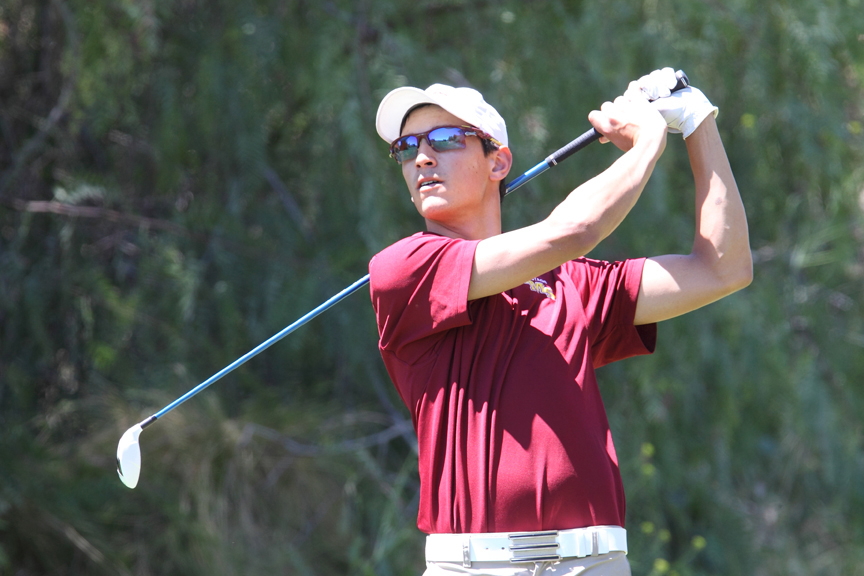 Most fathers and sons engage in some healthy competition—and that has certainly been true for the De Silvas.

“When we’re racing together, I’m passing him and he’s passing me,” Tim said with a laugh.  “Our driving skills are very, very close, so that makes it a lot of fun.”

Tim’s driving skills, which he utilizes at speeds upwards of 150 miles per hour, have also come into play in his favorite sport (aside, that is, from racing): golf.

Racing and golfing are not normally mentioned in the same sentence, right? So, readers may wonder, what are the connections between the two sports?
“There are actually, surprisingly a lot of correlations between racing and golf,” Tim explained. “Obviously they are both individual sports. You are part of a team when you race, but you are driving for yourself.  In golf, you are also part of a team but in reality you only have control over your own game.”

Tim’s mental preparation for racing is also similar to the way he prepares for golf.

“Because it [racing] is an individual sport, I can’t control the way someone else is going to drive,” he said, “but I can do my best and see where that puts me and it is the same thing with golf.”

“I can’t control what my competitors are doing in golf, either,” he added, “but I am going to do my best, shoot the best score that I can and, at the end of the day, wherever that puts me, that’s where I will end up.”

Tim’s mental approach to both sports has served him well: in addition to his racing victories, he has been a key contributor to the CMS men’s golf team, one of the top-ranked golf programs at the NCAA Division III level.

It is hard for Tim to find time to race during the academic year, especially since he carries a full load as an economics and math major and as one of the College’s many successful student-athletes. But racing is still an activity that he frequently participates in and hopes to keep doing for a long time to come.

Does that mean he envisions being a professional racecar driver?

Not really, Tim said—mainly because of the time and financial commitment. If he did, he added, his life would have been very different, and he would not have been able to attend college and play golf.
Instead, he wants to earn his degree from CMC and continue to play golf for the Stags. Once he graduates, he hopes to land a job where he can earn enough money to support himself while continuing to play golf for fun, and of course, race with Dad.

After all, racing without his father—and his father without him—just wouldn’t be the same.

Chris Watts is director of athletics communication at CMC.