Lord of the rings

After 40 years in the front office, Dean Taylor ’73 retires from Major League Baseball with his third World Championship ring

How many Major League Baseball games has Dean Taylor ’73 watched during his 40-year front-office career? 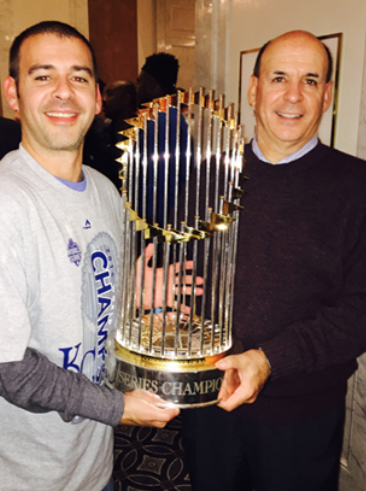 So it’s understandable why, after all those years at the ballpark, Taylor decided to retire and make the 2015 season with the Kansas City Royals his last one in professional baseball.

Taylor couldn’t have written a better ending for his career than what happened to the Royals in 2015.

Kansas City won the World Series title, the first for the Royals since 1985, and Taylor—a former Stags baseball player under Bill Arce P’80—was one of the main architects of the team. He served as the Royals’ vice president of baseball operations and assistant general manager from 2006-2014 and spent the 2015 season in an advisory role to help train his front office replacements before he retired.

“I wanted to be able to transition out and also help the Royals’ staff transition in my replacements,” Taylor said.  “It was meaningful to have the opportunity to work with them during the course of the year.”

So when Wade Davis struck out New York Mets shortstop Wilmer Flores to end Game 5 and give Kansas City the World Series title—its first since 1985—Taylor was sitting just a few rows behind the Royals dugout at Citi Field knowing that he played a major part in the process of putting together the World Champions. With the exception of outfielder Alex Gordon, who was drafted by Kansas City in 2005, the nine players on the field that day had been acquired during Taylor and General Manager Dayton Moore’s tenure in Kansas City.

“There were a lot of hugs, a lot of smiles and a lot of cheers,” Taylor said about the postgame celebration, which he shared with his wife Susan and son Colby. For Taylor, it was the third World Championship ring during his career in professional baseball.

Taylor had been with the ’85 World Champion Royals as well as with the ’95 Atlanta Braves as their assistant general manager.

For the World Series celebration parade that concluded the storybook season for the Royals, an estimated 800,000 people showed up and turned downtown Kansas City into a sea of royal blue-clad fans. Most schools in the area were shut down and many offices across the city were left empty during the parade.

The parade capped a season that began last February during Spring Training in Arizona. Despite serving in an advisory role with the team in 2015, Taylor went to the Winter Meetings and spring training and took part in the usual process with other front office members: assembled the team, salary arbitration, negotiated player contracts, attended games, and much more.

“The process,” as Taylor calls it, of assembling a championship club is what he enjoyed almost more than winning the World Series itself.

During the 2015 regular season, Taylor said he still attended most of the regular season home games—he estimates 70 of the 81—and took part in the normal front office discussions during each game in the Royals baseball operations suite.

There was one aspect, however, of his advisory role that was really different from previous years as a full-time staff member. 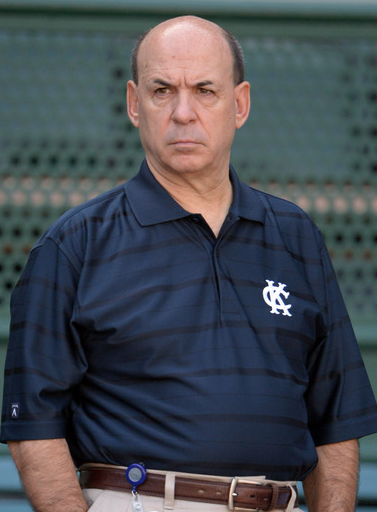 “Instead of going in at nine in the morning on game days, wearing a suit and getting home at midnight,” he said, chuckling, “I would show up at batting practice around four in the afternoon, wear a polo shirt and then go home right after the game.”

Most retirees celebrate their last days at work with a retirement party and a cake. For Taylor, that celebration includes another World Championship ring and the knowledge that “the process” really paid off. Not a bad way to end a 40-year career in baseball.

Watts is Director of Athletics Communication at CMC.