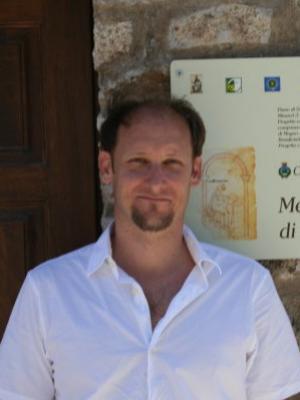 “The most attentive imitator of the ancients is the noblest instructor of moderns,” Cassiodorus, Variae 4.51.2

Professor Bjornlie is a historian of the Roman Mediterranean and Europe. His research examines the period known as Late Antiquity (4th through 6th centuries AD), with overlap in the study of the High Roman Empire (1st through 3rd centuries AD) and the Early Middle Ages (to the 9th century AD). Professor Bjornlie's primary historical interest is in the political, economic and cultural end of the Roman Empire in the western Mediterranean and Europe and in the ways that the end of the Roman Empire registered in the political, intellectual and religious lives of communities and individuals. His current research project (a book titled, The End of Empire in Late Antique Memory) examines how authors of the late-4th through 10th centuries signified and re-imagined historical episodes as consequential to the fragmentation and end of the western Roman Empire.