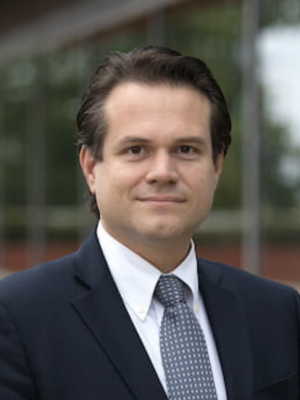 Zachary Courser is Director of CMC's Policy Lab and a visiting Assistant Professor of Government at Claremont McKenna College. His research agenda focuses on public policy, political parties, democracy and populism. He recently co-authored a report for the American Enterprise Institute on the need for reinstating congressional earmarking entitled "Restoring the power of the purse: Earmarks and re-empowering legislators to deliver local benefits" (AEI, 2021). He is a contributor and editor of the volume Parchment Barriers: Political Polarization and the Limits of Constitutional Order (University Press of Kansas, 2018), the result of a year-long, multi-disciplinary research project examining the dynamics of polarization through an examination of conflicts over the American constitutional order.

Prof. Courser has led several research partnerships for CMC’s Policy Lab with a variety of think tanks, including Bipartisan Policy Center, RAND Corporation, American Enterprise Institute, and the Brookings Institution. He is currently leading a project with AEI on how well state emergency elections laws performed in adapting to pandemic conditions of the 2020 election. Together with Prof. Eric Helland he is writing a policy textbook based on the Policy Lab's undergraduate program for Routledge.

He has experience working in Washington, DC, both on Capitol Hill and as the interim director of Claremont McKenna College’s Washington Program, and is a commentator on California and national politics on Southern California Public Radio. Before coming to CMC he served as the Program Director and Fellow for a London-based think tank, and taught American Politics at Science Po Lyon in France. He holds a master’s and doctoral degree in government from the University of Virginia, and a bachelor’s in government from Claremont McKenna College. He also holds a diplôme universitaire d’études françaises from the Université Lumière Lyon 2, Centre International d’Études Françaises.