CMC hosts conference on “Homeland Security at the Local Level”

The conference is presented by CMC’s Inland Empire Center for Economics and Public Policy, a joint venture of the Rose Institute of State and Local Government and the Lowe Institute of Political Economy. 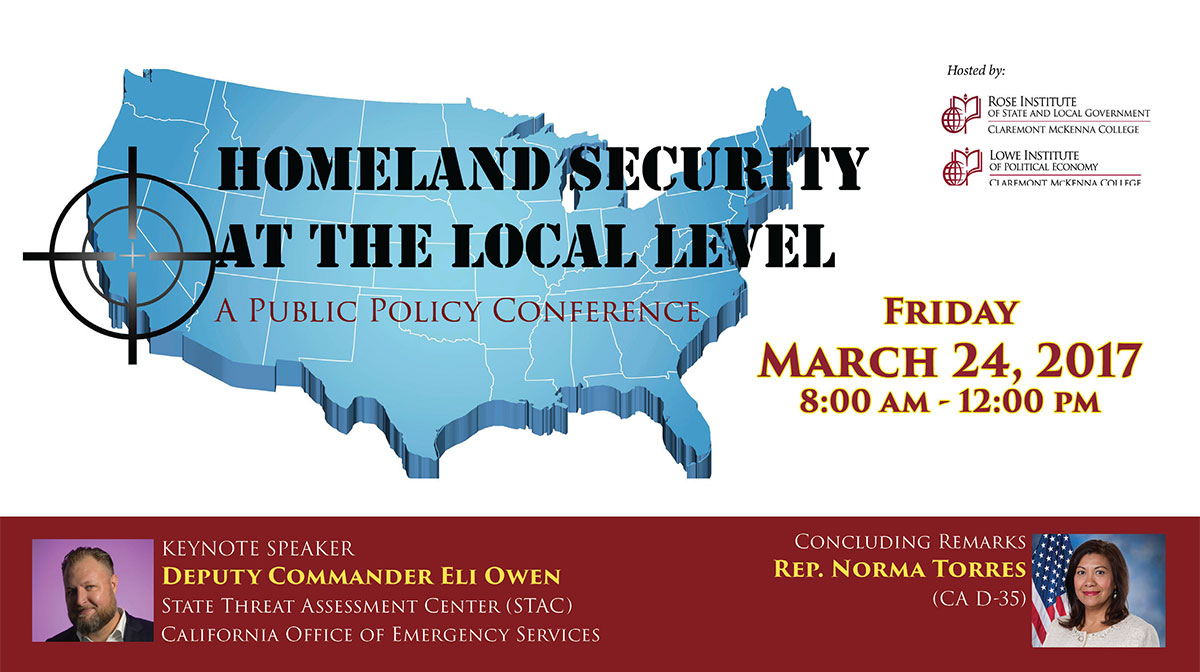