As a high school student visiting CMC, Jefferson Chang ’22 got locked out of the dorm room where he was staying. He hung around the lobby of Stark Hall waiting for his student host to return. As students came in, they stopped to chat and answer Chang’s questions about their experience at CMC—conversations that lasted to the early hours of the morning.

Chang, a McKenna Scholar, had been thinking about going to business school, but those discussions made him appreciate the multi-disciplinary focus of a liberal arts education. “The CMC students were very intellectual, and even though it was the middle of the night, they took the time to sit with me and discuss ideas,” he said. “They really shifted my thinking about where I wanted to be.”

Claremont is about 10 miles from Chang’s Southern California hometown, but arriving on campus felt to him like stepping out of a bubble. Chang’s parents are Chinese immigrants and small business owners, and he grew up in a predominantly Asian American community. 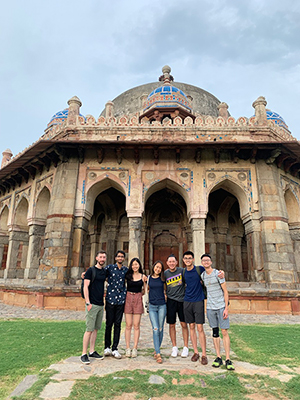 Exploring ideas and viewpoints with people from varying backgrounds at CMC has prompted him to keep learning about how others experience the world. Chang intends to balance his economics and finance courses with those in anthropology.

“I love to analyze people, and to take that from an individual level to a cultural one is fascinating to me,” he said. “And it is refreshing to learn about something that isn’t you.”

This semester, in addition to heading up the Claremont Marketing Club, Chang will be a fellow at the Gould Center for Humanistic Studies, working on a project that explores the relationship between societal expectations and identity.

He applied for an internship in operations at the Teach for America training center in Atlanta last summer, thinking it would be a great opportunity to build his network. What Chang discovered once he had the position felt a lot bigger: The experience exposed him to the realities of educational inequality, particularly how students from marginalized communities lack access to resources in America. “A lot of the students that I interacted with never even considered pursuing higher education,” said Chang, who as an operations associate, was in charge of making sure TFA classrooms had all of the necessary teaching materials. “At CMC, I hope to raise more awareness about education inequity in hopes of people considering teaching as a possible career.” 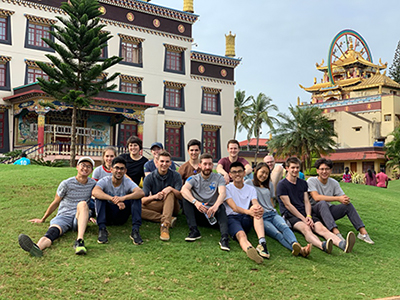 Chang followed his TFA role with a second, eye-opening internship with Infosys in Bangalore, India. Sharpening his marketing skills was valuable, Chang said, but what he witnessed traveling around the country was even more so. With funding from CMC’s Sponsored Internships and Experiences Program, Chang was able to explore several Indian communities.

“Because I was able to visit so many places, I immersed myself in India’s culture and learned a lot about its history and traditions,” he said. Seeing poverty on such a scale was “hands down the most humbling experience of my life,’ Chang said. He’s now a campus ambassador encouraging other CMCers to apply for internships and jobs at both organizations.

“I am constantly looking for opportunities to take me out of my own bubble,” Chang said. “I want to keep seeing more of the world and figure out how I might do something to improve it.”