Her senior thesis had 2,500 downloads in a month 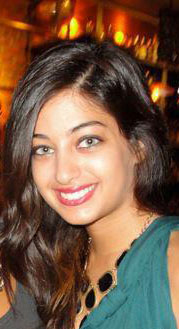 The popularity of Karima Merchant’s ’13 senior thesis (How Men and Women Differ: Gender Differences in Communication Styles, Influence Tactics, and Leadership Styles) belies its rather unwieldy title. And the proof is in how many times the paper has been downloaded––more than 2,500 times… and counting.

Merchant’s thesis lays the historical background for why women and leadership is an important and timely topic when discussing gender differences in communication styles, influence tactics, and leadership styles.

It also outlines barriers women face when trying to attain and succeed in leadership positions, with an analysis that provides a greater understanding of how men and women differ––particularly in leadership and management positions. It also suggests what companies can do to help women overcome gender bias and discrimination in the workplace. Its timing was somewhat in step with another popular product of research on women’s progress in leadership: Sheryl Sandberg’s Lean In: Women, Work, and the Will to Lead, published just a few months prior to Merchant’s own thesis examination.

Whether Merchant’s thesis has benefitted from Sandberg’s book is unknown, but when Allegra Swift, digital initiatives librarian at Honnold Library, tweeted a kind note about its number of downloads, we certainly paid attention. Turns out, she told us, that, in fact, CMC senior theses uniformly receive that highest amount of downloads out of the entire IR.

Because of the open-access status of many of the theses, “scholars from all over the world contact me about the student abstracts,” Swift said.

Also, since students often use more natural and less “jargony” language when titling their theses (unlike many scholars), their abstracts have more keywords that come up when people use search engines like Google. “It all points to the importance of how you title research,” Swift said.

So what are some of the benefits that accrue to students who make their scholarship available, digitally, via open access, to anyone who might be interested?

We asked Merchant about her interest in gender topics, and why her thesis has become popular as a download.

How did you choose your topic and was this an area you already were interested in? Merchant: I was an economics and psychology major with a Leadership Sequence. I knew I wanted to do something that incorporated both my psychology major and my sequence. I toyed around with a few topics ranging from gender differences in child development and their effect on leadership style/personality as adults, to topics in organizational psychology such as corporate culture's effect on employee satisfaction and productivity. In order to blend all my interests together, I decided to break my thesis up into chapters so that I could cover gender differences in styles of communication, influence and leadership.

Your thesis is on a very relevant, interesting and probably even controversial subject. Did you imagine it would get this level of attention? Merchant: Not at all. Gender is always a sticky subject to write about, and I knew leadership was (is) a hot topic right now. But I had no clue how popular my thesis topic would be. I am still very surprised every month when I get e-mails with my readership count.

Outside of completing your thesis, did you have an “ultimate goal or goals” in writing about this issue? Merchant: Gender differences have intrigued me since I was a student at Hockaday, a small all-girls private school in Dallas, Texas, where ideas of feminism and women empowerment were very prominent. I have always been drawn to writing about topics that relate to gender differences and what they are attributed to––genetics, child rearing, stereotypes, etc.––so I was excited to research and write about my topic.

How does it make you feel, knowing that it's getting so much attention, and if you know why that is, what reason would that be? Merchant: I'm shocked! I'm humbled, I suppose. But I think the attention is attributed to the relevance of the topic more than anything. With books like Sheryl Sandberg's Lean In gaining popularity, it is no surprise that my thesis topic is getting so much attention.