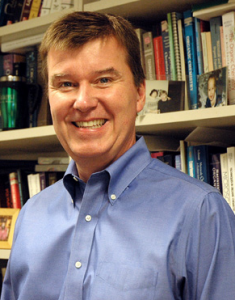 With sadness for our community but excitement for him, we announce David Hansen’s resignation as Weinberg Family Dean of the Keck Science Department effective June 30, 2015. He will be returning to his former position in the Chemistry Department at Amherst College. We are extremely grateful for his contributions to scientific research and education at Claremont McKenna, Pitzer and Scripps Colleges over the past five years. His impact on the department and The Claremont Colleges has been tremendously positive, and we are proud of the progress achieved under his leadership.

David has done a wonderful job of managing a jointly administered department thoughtfully and strategically, and under his skillful guidance, the Keck Science Department has:

David shared the following sentiments about this difficult decision:

My five-plus years at Keck Science have been the most rewarding of my professional career. However, these years have also included the devastating loss of my wife, Rebecca Lee.  As of September, our daughters Emily and Nicole will both be living on the east coast, and I needed to find a way to be closer to them.

Remarkably, my old position in the Chemistry Department at Amherst College re-opened this past year, and I have just learned that I am the top choice of the search committee.  I have decided to accept their offer and will be returning to Western Massachusetts this summer.  I sincerely thank my colleagues in Keck Science for their true friendship and for the honor of serving as their dean, and I only wish that geography could have been more cooperating.

While David’s departure will leave a significant void in our community, we know that this decision is best for his family, and we wish him continued success in his new role. Marion Preest, Pritzker Family Foundation Professor of Biology, will continue to serve as interim dean throughout the next academic year.