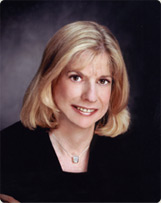 Diane Halpern, Trustee Professor of Psychology and Roberts Fellow, and past president of the American Psychological Association, was featured in a New York Times article on Thursday, Sept 22, for her lead role in a just-released Science article that says putting children in single-sex schools is a misguided trend in school reform.
"Single-sex education is ineffective, misguided and may actually increase gender stereotyping," the New York Times article begins, referring to assertions made by Halpern and seven co-authors in the Sept. 23 issue of Science. In the piece, The Pseudoscience of Single-Sex Schooling, Halpern and her co-authors argue that advocates of single-sex education misconstrue or cherry-pick from scientific studies, but that there is no well-designed research showing that single-sex education improves students' academic performance. The article concludes that there is evidence that segregating boys and girls increases gender stereotyping and legitimizes institutional sexism.
Halpern and the authors acknowledge that there are excellent single-sex schools, but say their success is due to the usual factors associated with successful schoolsa demanding curriculum and students who are academically-oriented and not the single-sex composition of the schools. In addition, many of the claims about the benefits of single-sex schooling are inflated because students entering single-sex schools are often more academically advanced, and children who don't perform well transfer out early.
In an exclusive interview with Science this week, Halpern explains why the word "pseudoscience" was used in the title of their article. "Because a lot of the rationale for single-sex education is presented as though it is based on sound science, but it really isn't," she says. While we often hear things like, "boys and girls learn differently," such statements are not supported by evidence, Halpern says.
"The biology of learning is exactly the same for girls and boys," she says in the interview. "There are some differences in the brains of boys and girls but there is nothing in the differences in the brains of boys and girls that we know that relates to how people learn or in anyway provides a rationale for having different kinds of learning experiences for boys and girls." Listen to the podcast.
The article by Halpern and team continues to gain momentum in headlines across the country, including today's issue of Education Week (Researchers Blast Pseudoscience' of Single-Sex Education).
In that piece, Halpern says the "underlying biology of learning (for boys and girls) is the same Really, experience is the chief architect of the brain," she says. The Boston Globe interviewed Halpern for a story (The Single-Sex School Myth) on Sunday, Sept. 24. A sign-in may be required, but access is free.
And on Tuesday, Oct. 4, Huffington Post education writer Caryl Rivers covered some of Halpern and team's findings for her article, Co-Education is Good Science.