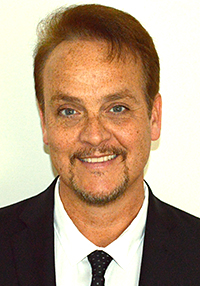 ​Gastón Espinosa, Arthur V. Stoughton Professor of Religious Studies at CMC, has been named the 2016-17 William E. Simon Visiting Fellow in Religion and Public Life in the Department of Politics at Princeton University.

Professor Espinosa’s one-year fellowship will begin in September and will include research work on a project called “The Spiritual Impulse of the Mexican American Civil Rights Movement.”

The project, which Espinosa hopes will result in future articles and a book, will examine the spiritual impulse and dimension of the Mexican-American civil rights movement from 1965 to 1975.

“It will examine the religious backgrounds and spiritual vision, message, and methods that key movement leaders like César Chávez, Reies López Tijerina, Luis Valdez, ‘Corky’ González, and José Ángel Gutiérrez used to fight for civil rights and social change,” he says. “In particular, it will analyze how they drew on religious rhetoric, symbols, sacred texts, and traditions to frame and carry out their struggles and how they each drew inspiration from and often worked in tandem with the African-American and Native American struggles.”

According to Espinosa, Chapters 6 and 7 will analyze these individuals’ influence on Catholic and Protestant activism within their respective traditions, and how Chicano activists used religious-political art, wall murals, songs, and theater troupes to create spiritually combinative, sacralized counter-narratives that promoted Chicano pride, cultural nationalism, and empowerment.

This book will build on his previous research on religion and the Mexican-American civil rights movement, small portions of which have been published in The Annals of the American Academy of Political and Social Science, Latino Religions and Civic Activism in the United States (Oxford, 2005), Mexican American Religions: Spirituality, Activism, and Culture (Duke, 2008), and Latino Pentecostals in America: Faith and Politics in Action (Harvard, 2014).

The Princeton appointment is not the first fellowship for Espinosa. Previously, he has been named the César Chávez Dissertation Fellow at Dartmouth College, the Andrew W. Mellon Fellow at Northwestern University, and the National Endowment for the Humanities (NEH) Fellow at the National Humanities Center Institute for Advanced Studies in Raleigh-Durham, N.C.

Espinosa says that Princeton provides excellent funding, resources, facilities, and faculty support to carry out research and writing, and that interacting with faculty, students, and staff at the university is always a big draw for fellowship work.

In addition to the Princeton Fellowship, Espinosa says that he’s been invited to give a series of lectures in Sweden this October on “Religion, Race and the 2016 Election,” which was the topic of his presentation earlier this month at the Marian Miner Cook Athenaeum.

“I also hope to work on a project called ‘Latino Religions and Politics in American Public Life’ as well as edit a book on religion and film based on the conference I co-organized last summer in Halle-Wittenberg, Germany,” he says.