Glen M. Cooper, a visiting assistant professor at CMC, is a historian with a broad swath of knowledge that covers many eras and cultures. Cooper came to the College from Brigham Young University in 2014 and has taught subjects that range from ancient Greek history to Islamic history to medieval Europe and even extending to India and Byzantium.

In fall 2016, Cooper taught a course on the history of India to 1750 as well as a “Sickness and Healing” Freshman Humanities Seminar, which he will reprise along with courses on “Medieval Europe” and “History of Science, from Islam to the West.”

“Teaching at CMC has been a fantastic experience,” Cooper says. “My students have been consistently very bright with excellent communication skills. The small class size is also rewarding; my previous experience was with classes that averaged 50 to 60, and some were 150 students. At CMC, I enjoy getting to know individual students, and learning about their accomplishments and dreams.”

Cooper came to CMC nearly three years ago, to cover for a history professor who was on leave. “I am active as a LAMS professor (Late Antique Medieval Studies) at The Claremont Colleges, which is a major that crosses the colleges,” Cooper says. “I especially enjoy the LAMS program, since my studies cross several of the civilizations involved. The LAMS program is a real asset to Claremont, and several CMC professors contribute their expertise to it.” 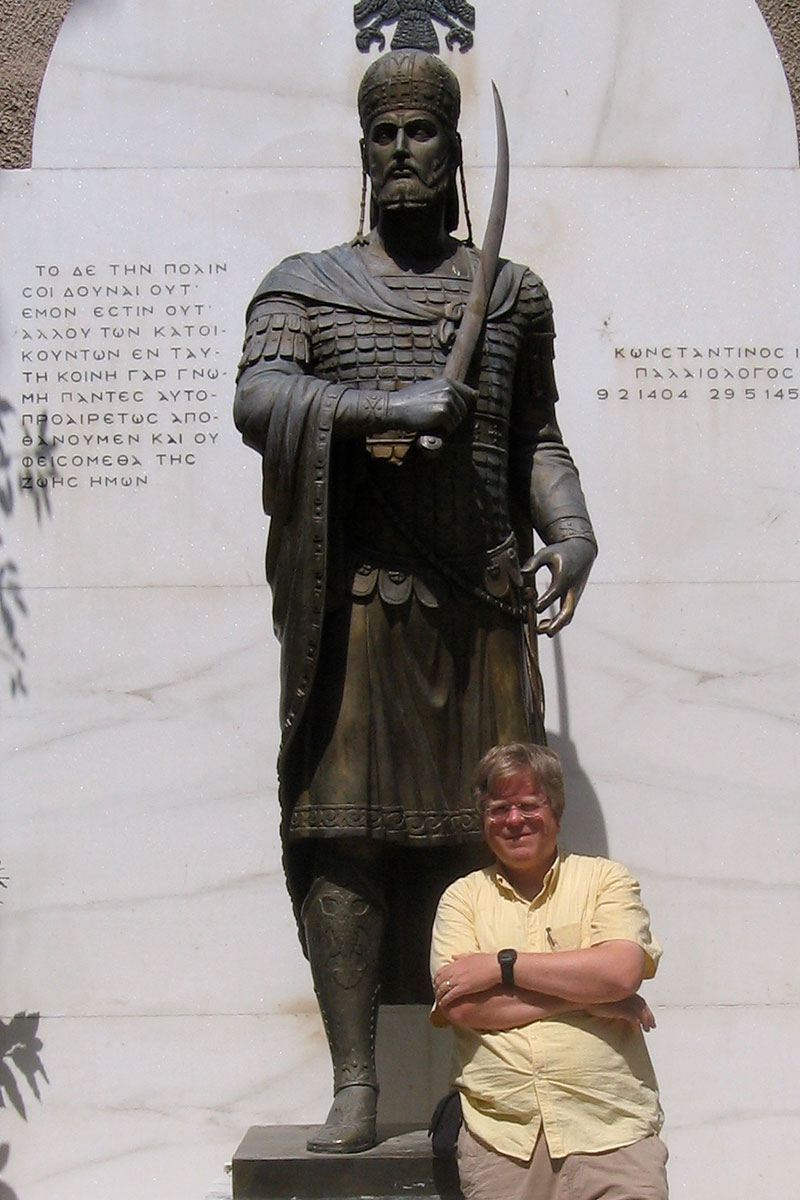 The educational path Cooper has taken is unusual. “A history Ph.D. program was not the appropriate way for me to acquire the skills I needed for the history of science, although my Ph.D., from the Columbia University Department of Middle Eastern, South Asian and African Studies, is in History of Islamic Science and Culture,” he says. “I studied with two of the leading scholars of the history of Islamic science and Greco-Arabic studies: George Saliba, of Columbia University, and Dimitri Gutas, of Yale.”

“My education was heavily philological in the traditional, German academic sense, which is necessary for the deep textual and cultural studies that I do in recovering the history of science in Arabic and Greek,” Cooper continues. “At Columbia I acquired skills in Arabic, Persia, and Sanskrit. My undergraduate degree was in mathematical physics (my special interest was Einstein’s general relativity theory), but I shifted career interests to a more humanities-oriented specialization, after living in Asia for a couple of years, learning Chinese, and studying Asian religions.”

In addition, Cooper used a year at Oxford to transition fields by reading philosophy and Greek. He then studied Greek and Latin intensely for four years as part of a master’s program. “I finished all but the thesis, since I was accepted in the Ph.D. program at Columbia,” he says.

Cooper’s expertise in Islamic science and culture is underscored by his first book published in 2011 by Routledge, Galen, De diebus decretoriis, from Greek into Arabic (now available in paperback). It is a study of the astrological theory of an important medical doctrine that remained popular in medicine for about 1,500 years. The theory was advanced by Galen of Pergamon (d. c.216), a prominent Greek physician, surgeon, and philosopher in the Roman Empire.

Galen’s basic idea was that certain significant symptoms appear in patients at regular intervals, and that these intervals are caused by the lunar phases and are affected by the other planets. A doctor could use this additional astrological information from the skies to predict the course of a patient’s illness, and know when to intervene and how.

“The text was translated into Arabic in the mid-ninth century in Baghdad,” Cooper says. “I studied the Arabic and Greek texts to show how not only the language was transformed during the translation, but the concepts themselves took up a home in a new linguistic and cultural milieu that profoundly affected the development of empirical science. And today, we are ultimately the heirs of those scientific developments that took place then in the Arabic/Islamic world.”

Cooper was a keynote speaker at a congress on Muslim contributions to the medical sciences in Fez, Morocco, this past October, and has been invited to present a keynote address in Saudi Arabia in March on the history of Arabic science, at the First International Conference of Arab-Muslim History of Applied and Medical Sciences. At the conference, he will speak about specific contributions of Muslim scientists to medicine, and how the flourishing of science during the Golden Age of Islamic civilization can be explained, in part, by basic Islamic religious beliefs and practices, including commandments from the Quran.

Currently, Cooper is finishing an article that compares the different attitudes that several historical civilizations had toward the cultures from which they acquired intellectual tools or technologies: the Romans and the Muslims toward the Greeks; the Byzantine Greeks toward the Muslims; and the medieval Europeans toward the Arabs. This article originated from an invited presentation he gave in Copenhagen last March, at a conference on “Imperial Languages.”

“A position of military and technological superiority or inferiority was a major factor in the attitude of the receiving culture,” he says. “For example, Islamic civilization in its heyday had an imperial confidence that enabled them to take whatever they needed from the store of ancient Greek science and philosophy and use it for their own purposes, without regard for original contexts or intentions.

“By contrast, medieval Europe felt inferior to the then vastly more advanced Islamic world, and was accordingly more tentative in its approach to Arabic learning, and, at least in the early stages, could not dream of being very creative with it. But later on, when Europeans developed confidence and were capable of original science, they rejected the Arabic legacy completely, and went so far as to write Islamic civilization out of our intellectual history. There are still some in our day, who deny, in spite of overwhelming evidence, the intellectual debt the West owes to Islam. A career objective of mine is to help people understand the true intellectual and scientific history of our civilization.”