Alumnus Jay Flatley stepping down as Illumina CEO, will continue pushing for advances in DNA research 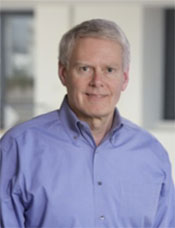 CMC alumnus Jay Flatley '74 P'03 is stepping down as CEO of San Diego-based biotech firm Illumina. Flatley, who helped lead the creation of the market for sequencing human DNA and increased Illumina's revenue from $500,000 to $2.2 billion during his 17 years as chief executive, will remain with the company as executive chairman and focus on strategy and advocating for further use of DNA sequencing in medicine.

Flatley will be replaced as CEO by Francis deSouza in July.

“This is a magnificent team,” Flatley said in an interview with Forbes. “While I hired a lot of them, it’s not me that made this all happen.”

Under Flatley, Illumina helped drive down the costs of sequencing a human genome. It was $100 million in 2001 and is now less than $1000, which has given researchers a deeper understanding of genetics. Among the innovations the company has pushed is the potential to use DNA testing to detect cancer earlier.

In January, Ilumina spun off a company to go after that market, launching Grail backed by a $100 million Series A financing round that included Bill Gates and Jeff Bezos. Grail aims to sell a simple blood test to discover cancer before tumors or other symptoms are evident. It could be a "turning point in the war on cancer," Flatley told the San Diego Business Journal last month.

"By enabling the early detection of cancer," he said, "we aim to massively decrease cancer mortality by detecting the disease at a curable stage."

Grail plans to make the test available as early as 2019 and cost individuals $1,000 or less, according to the publication. Illumina estimates the market value will be $20 to $40 billion if the test is able to detect stage 2 cancer and between $100 to $200 billion if it can detect stage 1 cancer.