Are boys and men in trouble? 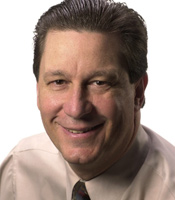 It was also among the topics explored during a recent American Psychological Association symposium, where Riggio co-presented with The Demise of Guys author and TED speaker Philip G. Zimbardo, a professor emeritus of psychology at Stanford University, and symposium chair Bernardo J. Carducci of Indiana University Southeast, author of The Pocket Guide to Making Successful Small Talk. Compared with decades past, Zimbardo told the audience, the current generation of men is “putting off adulthood,” and failing academically, socially, and romantically. Why? Aside from higher academic drop-out rates among boys and young men, they are also spending an average of 43 hours a week on the Internet, often gaming or watching porn in isolation, instead of engaging in social activities or contributing to society. Meanwhile, the men say women are excelling–– outperforming and outnumbering the men in school and in higher education.

Riggio’s symposium participation focused on another area where men are slipping: the widening gap between male and female social skills. “There are already well-documented differences between women and men in terms of their social and interpersonal skills, with women much more emotionally expressive and sensitive, and men better able to control their display of emotions,” he writes in his Psychology Today post. “But we are also seeing a widening gap between young men and women in terms of their leadership potential.

“Presumably,” he says, “the lack of interpersonal interactions due to too much time online is causing boys to fall behind in terms of the critical interpersonal skills that leaders need to be successful. Couple that with the fact that proportionally fewer males are going to college, and this is the recipe for what Zimbardo calls 'the demise of guys.' ”