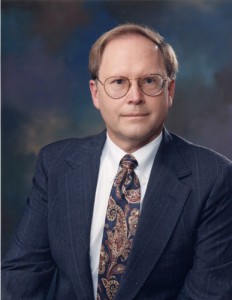 Associate professor of government Frederick Lynch has been awarded a $60,000 grant from the Carthage Foundation, which he will use to write a new book on the subject of “political correctness.”

Also an expert on the issues of Social Security, Medicare, and AARP, he has tentatively titled his forthcoming book, The Crisis of Political Correctness: A Cultural Revolution Meets Resistance, Ridicule, and New Realities.

The grant will afford Lynch a sabbatical for his research, including conferences, interviews and field work in the Washington, D.C., New York City, and San Jose/Palo Alto areas, as well as Seattle. His interviews would extend to the news and entertainment sectors––including with writers and producers in those industries who are "testing the limits of PC orthodoxy," (Comedy Central and Saturday Night Live mentioned among them).

Lynch describes his forthcoming book as a fresh analysis of “political correctness” as a largely successful, long-term cultural revolution, institutionalized and imposed from the top, down, primarily by highly educated, elite baby boomers.

Political correctness is being challenged, he says, by complex demographic shifts (generational succession and increasingly complex combinations of ethnic diversity). “The culture and political domination of aging, elite boomers is beginning to fade,” he writes in his proposal. “Their PC preoccupation with race and gender appears increasingly irrelevant for a much more multi-ethnic, millennial generation.”

The term is also being challenged, he says, by an information, entertainment, and communications revolution–– driven by technological innovation, global markets, and the rise of a more competitive, libertarian “Silicon Valley culture.”

Lynch will especially focus upon perceptions of scholars, journalists, and other researchers who have challenged (and survived) PC orthodoxy in three politicized policy realms: family studies; immigration; and workforce diversity.

The book will be a sequel, he says, to the research that went into his 1987 Carthage/Scaife-funded book, The Diversity Machine: The Drive to Change the White Male Workplace. It will also be “highly congruent,” he says, with two other books he wrote with Carthage and Scaife grants: Invisible Victims: White Males and the Crisis of Affirmative Action (1989), and his most recent book, One Nation Under AARP: The Fight Over Medicare, Social Security, and America’s Future (2011).