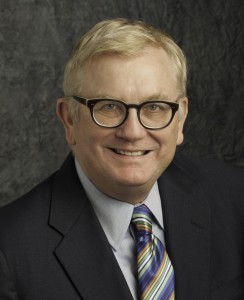 Greg Hinckley, ’68, COO and President of Mentor Graphics, has been inaugurated as an honorary professor of electrical and electronic engineering at the University of Nottingham at Ningbo, China (UNNC).

Hinckley has worked in the integrated circuit world for more than two decades. He joined Mentor Graphics in 1997 and has served as president and director of the company since 1999. In 2011, he was named Oregon’s Technology Executive of the Year.

The laboratory will provide UNNC students with in-depth knowledge of the design methodologies needed to create integrated circuits. As part of a mutual agreement, Mentor also donated more than $10 million worth of electronic design automation software, which will support the laboratory in becoming a centre of excellence for future engineers in the region.