Do you believe in "pure evil?" 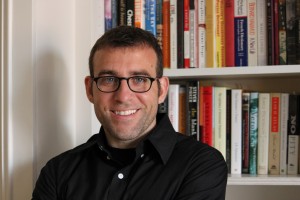 With the occasion of Halloween so noted (and the title of his article ringing somewhat deliberately creepy), assistant professor of psychology Piercarlo Valdesolo turns his attention to the belief in “pure evil” for Scientific American.

In The Psychological Power of Satan, Valdesolo says that, “Regardless of whether the devil actually exists, belief in the power of human evil seems to have significant and important consequences for how we approach solving problems of real-world wrongdoing.”

In a 2007 Gallup Poll, some 70 percent of Americans said they believed in the devil. “This personification of evil has implications beyond the supernatural,” Valdesolo writes, “influencing how we think about what it means for people to be “pure evil.”

The timing of the topic is deliberate. “As we prepare to playfully celebrate the wicked and depraved on Halloween night, it’s worth pausing to reflect on some of the psychological and behavioral consequences of these beliefs,” he writes.

Valdesolo is co-author of Out of Character: Surprising Truths About the Liar, Cheat, Sinner (and Saint) Lurking in All of Us, and directs the Moral Emotions and Trust Lab at CMC.

To further capitalize on the Halloween spirit––he enjoys scary movies. The two most terrifying in his opinion are both Japanese (and both remade into American versions), by the same director: Ringu and Ju-On.