Every Picture Tells A Story

Assistant professor of mathematical sciences and computer science Deanna Needell first saw the image of Lena in a computer science class in college. The photo, cropped from a Playboy magazine, shows a young female model with bare shoulders looking seductively at the camera.

“I was literally the only female in this classroom with 30 men,” says Needell. “They open their textbooks and there’s Lena, and all the men start giggling. You just feel like ‘Oh, my gosh, this woman is being materialized (in a textbook)…’ “

Lena’s sultry head shot has become one of the most commonly used standard test images in the widely studied and applied research into how digital images are processed in communication.

“This photo is literally everywhere,” says Needell. “If you Google ‘image processing,’ it comes up.” 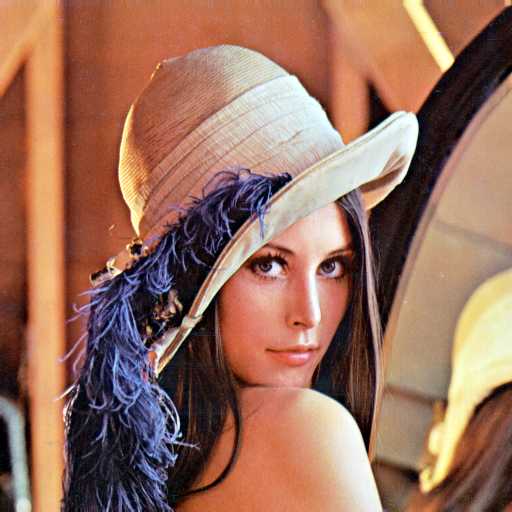 In order to draw attention to the sexism inherent in the use of the picture, Needell and co-author Rachel Ward recently published a paper where they rejected the use of Lena. Instead, opting for a popular photo of the famous male-model, Fabio. The paper now appears online (link) and will soon be published in the print journal SIAM Journal on Imaging Sciences.

“My coauthor (asked): ‘What image do you want to use? How do you feel about the Lena image?’ And, I said ‘Definitely not.’”  Her coauthor wholeheartedly agreed. And then Needell half-joked: “We should go against the grain and use a Fabio image or something, a male model.” And from there, they both decided to use the image and “take a stance.”

They soon started looking online for the right Fabio pic— something containing the necessary detail, texture and structural elements of a good test image. They saw one that worked well, and then found the name of Fabio’s agent online. The agent called them back the next day. “I spoke to Fabio,” the agent exclaimed, “and he’s thrilled. He’s excited to be a part of this.” 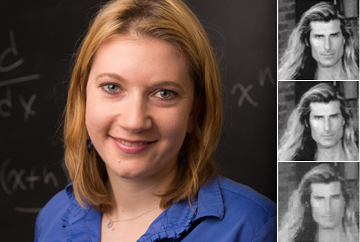 Seeking to level the playing field in a male-dominated profession, the two authors were the first to ever question the use of the conventional Lena image in such a way. The response to this was overwhelmingly positive. Needell received a slew of praise over email and after presentations. “When I would give talks on the paper people would always make comments, come up to us afterwards and say ‘I’m happy you did this, it’s about time.’”

The blogosphere also soon noticed. A fellow researcher in France blogged “I can’t believe it’s not Lena,"(link) referring to Fabio’s “I Can’t Believe It’s Not Butter” commercials. Another blogger called it “A Major Breakthrough in Image Processing.”(link) A passage on their defiant use of the Fabio image was added to the Wikipedia article on Lena (link).

The cropped image of Swedish model Lenna (“Lena”) Soderberg’s face and shoulder was taken from a full-body nude Playboy magazine centerfold in 1973. Three male researchers at the University of Southern California were scrambling to find an image for a colleague’s conference paper. Someone walked in with the latest issue of Playboy, and the rest is history.

Mathematics, computer science and engineering fields, Needell says “are dominated by men. But people are trying to recruit women, and the way not to do it is by showing this (image).”

“I don’t know if the Fabio image will take off but I think what it will do is… stick in people’s minds. And when they think about using the Lena image, they might think (about) using at least a neutral image.”

And then maybe the next woman to take a computer science class won’t have to hear the snickering. Maybe, she’ll feel just a little more welcome among the mathematicians, scientists and engineers.