In Summer Session Course, Literature and Film Take the “Lead” 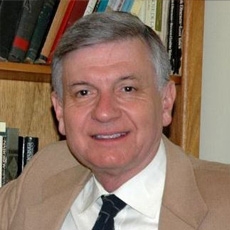 Taught by a regular CMC faculty member, Summer Session courses allow you to advance in your major, complete some GE requirements, and explore important topics. Whether you opt for a three- or six-week course, Summer Session offers a wide range of courses to choose from.

Leadership in Literature and Film, a six-week summer session class beginning May 22, might be one of those options. In this course, students are going to examine different aspects of the leadership theme in literature––with special attention to topics such as ethical dilemmas in leadership, different styles and models of leadership, and the competing loyalties and pressures felt by leaders.

Taught by associate dean of the faculty and professor of literature Nicholas Warner, the class will also address questions that literature raises about the very nature and validity of leadership's various forms.

Authors to be studied include Shakespeare, Friedrich Schiller, Tolstoy, Willa Cather, and Michael Shaara, with additional readings in leadership theory. Also on tap will be several films dealing with the leadership theme.

The course will be taught on Mondays, Wednesdays and Fridays though July 3.

We asked Warner, whose expertise includes the subjects of Russian, American, and English literature, more about the course, the best advice he ever received from a teacher, and how (besides teaching, of course) he likes to spend his summer hiatus.

CMC: What can literary and film figures teach us about leadership?

Warner: Leadership is above all a process of human interaction, and literature and film are unsurpassed in exploring human interactions in an enormous variety of settings. One of the foundational texts of western culture, The Iliad, begins with a debate between two leaders, Achilles and Agamemnon. The plays of Shakespeare abound with leaders and followers interacting with one another. For example, Henry V is among many other things a probing study of charismatic leadership, and of the ethical as well as pragmatic aspects of the mutual relationship between leaders and followers. The works of such great 19th-century novelists as Melville, Dostoevsky, and Tolstoy pose profound questions about the nature of leadership; films from Executive Suite, to Lawrence of Arabia to Norma Rae to The Godfather are but a few examples of the ways that film can explore leadership in relation to business, war, gender, and even crime. Literature and film encompass all aspects of human behavior, and since almost all of those same aspects enter into leadership, the study of leadership as a literary or cinematic theme makes perfect sense.

CMC: Which author that you’ll cover in your class do you believe has the best lesson to teach about the potential pitfalls of leadership, and why?

Warner: I don’t really approach works of art as necessarily having discrete lessons to teach, and I can’t identify any one “best” work or author for leadership. Great works of art resonate differently with individual students; one of the great rewards of teaching a powerful novel or film or poem or play is its ability to provide new angles of insight into topics that touch our lives, including leadership. More specifically, the leadership issues that the course will examine include ethical dilemmas confronting leaders, different styles and models of leadership, the intersection of private and public in a leader’s life, and the competing loyalties and pressures felt both by leaders and their followers. We will also explore the ways that literature often raises provocative questions about the nature and even the desirability of leadership.

CMC: Can you describe the moment when you knew you wanted to be a teacher?

Warner: Yes, when I was in eighth grade and was responsible for supervising classmates’ homework and tests for a French teacher who was on leave. Eventually, I considered other professions, but in college I thought I would love to do for a living what I saw my professors doing.

CMC: What is the best advice you ever received from a professor (or teacher) when you were a student?

Warner: Take yourself seriously, but not too seriously.

CMC: What aspect of your summer material do you most look forward to sharing with students?

Warner: There’s such an abundance of great material to work with that I think each book or movie I work on will be my favorite one of the moment!

CMC: What is the single favorite thing you like to do during summer?

Warner: Travel, especially with my family.