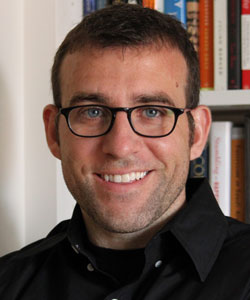 David DeSteno, who teaches at Northeastern University, turns his attention to self regulation for his article, A Feeling of Control: How America Can Finally Learn to Deal with Its Impulses. After outlining various findings, DeStano concludes “there are two routes to self-control: cognitive strategies that depend on executive function, willpower, and the like; and emotional strategies that rely on the cultivation of specific feelings.”

Revealing why he favors the emotional route, DeStano states that “in reality, reasoning is tainted by bias; we can rationalize pretty much anything if it suits our immediate needs.” For his example, he reflects on cheating research with Valdesolo, where people are brought into a lab one at a time, and told to flip a virtual coin that allows them to choose one of two options: a short fun task, or a long, onerous one. Then they leave the subjects alone, but watch on hidden camera. What they discovered is how roughly 90 percent of the people cheat, never flipping the coin, or flipping it until they got the results they wanted.

For the Sept. 23 online issue of Scientific American, Valdesolo himself turns to new, unrelated research–– on trust and climate change–– from the University of Amsterdam. In a nutshell, the studies found that “the more participants believed in the power of scientific progress, the more they saw the world as orderly and controllable, and the less likely they were to act in an environmentally friendly way.”

Read more about the research (and what Valdesolo thinks about Donald Trump’s teeth-brushing habits).