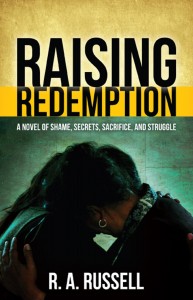 Trustee Rossi Russell's debut novel is available online, and in bookstores May 7.

Rossi A. Russell ’71, a graduate of Harvard Law School and a CMC Trustee, has been moonlighting a bit from his business-law practice in Los Angeles, where he specializes in corporate and tax law.

His debut novel, Raising Redemption (Langdon Street Press, 2013), will hit major bookstores on May 7, but is already selling online and is due in eReader format at the end of March.

In Russell’s words, Raising Redemption is “a novel of shame, secrets, sacrifice and struggle.”

An elegant family saga, the plot is rooted in the year 1975 and the struggle of the Tilmans, an African-American family that had worked to establish a name synonymous with respect, honor, and dignity. The book chronicles four generations of Tilmans as they search for ameliorating truths to relieve the pain of a stark past, and takes readers on a journey of discovery––of uncovering the ultimate gift of love, and finding salvation from within.

We spoke with the first-time novelist, who graduated from CMC with honors, about the idea for Raising Redemption, the process of getting it written (at 526 pages, it’s no lightweight), and which Claremont mentors paved the way.

CMC: How did the idea germinate for Raising Redemption?

Russell: The story started to come to me a little over 30 years ago concerning one of the major characters in the book, as I was daydreaming one weekend while gardening. I finished my chores and left the daydream, but the story would periodically return to me over the years, always with greater detail than when I had last tucked it away. The thought of writing the story had occurred to me, but I wrote contracts for a living. I had a law practice to juggle, and a family to raise. I also didn’t kid myself; I knew attempting to write a novel would be a major undertaking: developing the craft, doing the necessary research. In other words, I had excuses.

Right around nine years ago, as I approached a fairly significant birthday, the story started to weigh me down. I realized that if I didn’t try to write it, I would have a lifetime regret. Then one evening after the Russell household had settled down for bed, a faint voice said, “Just write a little bit, just try it; come on, man, just try it.” The voice became louder, and I succumbed, writing and rewriting two paragraphs over a couple of hours into the wee hours of the morning.  From that point, I couldn’t stop writing, and after three months, I had a rough draft of 24 chapters, with all of my critical research done, and the regret had been removed. But the reaction I received from my wife Tanya, who is an avid reader of fiction and who read each chapter as quickly as produced, made me wonder whether I should become even more ambitious. That’s when the hard work started—exactly what I knew would be the case from the beginning—and it has been a journey, sometimes exhilarating, sometimes frustrating, and now satisfying.

CMC: Is this a “one-off” novel for you, or would you like to write more novels?

Russell: The response I’ve received to date from a limited sample of early readers has been overwhelmingly positive. I’ve been asked about the next book. A lot of the material, originally at the beginning of the book but ultimately cut, could form the basis for a prequel, and the story of the Tilmans could continue into a sequel, and I’ve had other ideas totally unrelated to this story.  I need to see how well this book does, whether the book leads to a relatively substantial group of readers who yearn for more. If so, I have other novels in me.

CMC: What would you think of this being optioned for a movie version? We could see Tyler Perry being interested!

Russell: I visualized a film as I wrote the book, sometimes even providing leads to a potential director as to how to set up the scene. (They will, of course, ignore me.) I even visualized actors for certain of the characters. One of my editors suggested a made-for-TV series, because the book is long, and a two-hour film might not do the story justice. So, we shall see.

CMC: The plot of Raising Redemption seems to be a far cry from your legal work. Do you have any legal or court scenes in the novel?

Russell: I take advantage of my legal background, but the focus is incidental, rather than dominating. Here’s an example. One of my characters, the father of the protagonist, is prosecuted for his reaction to what happens to his daughter. In the back-cover summary, first paragraph, the description goes:

“Alicia defies her father’s longstanding rule that she stay away from the boy, and is unprepared for the consequences that rain down upon her: a baby, a near shooting, estrangement.”

The “near shooting” leads to Ben’s prosecution, something that haunts Alicia when she finds out about it. There also are a couple of instances when knowledge of the law is helpful. But this is not a book where the lawyer/author attempts to take full advantage of his knowledge base. In my case, I was attempting to write a compelling story embedded with underlying themes, which I hope the reader will recognize and think about.

CMC: Why did you write the book?

Russell: I needed to rid myself of a lifetime regret and offer up some ideas. One of my early readers was Adam Bradley, a former literature professor at CMC. After his review of the manuscript, Adam suggested that Raising Redemption was also a book of ideas. I found that flattering, and I hope the book is received in that context. And oh, yes, I do intend to be provocative at times. I would love to witness a discussion among people who have read the book, agreeing or disagreeing with some of the points raised through the actions and dialogue of the characters.

CMC: Did you have a writing mentor––perhaps once upon a time at CMC––that you drew from for this?

Russell: While at CMC, I was a history major with a declared minor in philosophy and a practical minor in political science. In other words, I had enough credits in political science such that it could have been my minor, if at the time more than one had been permitted. I didn’t take a great number of literature courses. But I do have to give a shout-out to Agnes Jackson and Stanley Crouch. I took a course from both: Agnes at Pitzer and Stanley through CUC. Agnes is now retired and Stanley is a writer/critic living in New York. Both of them exposed me to literature in a way that was at the time foreign to me, increasing my depth of understanding.

I also need to give a shout-out to those members of the CMC faculty who were very helpful in providing feedback and advice on the early manuscript. I will be forever grateful to Audrey Bilger, my first literary-professional reader, who provided candid reactions and encouraged me to continue toward publication. Jim Morrison, who provided a blurb to the novel, also provided wonderful feedback. Adam Bradley, now gone, did the same. And then Janet Smith, Greg Hess, and Bill Ascher were very helpful on certain technical aspects of the book. A huge thanks to all of them!

CMC: Who are your favorite authors?

Russell: I’ve always been a big fan of historical fiction and the offerings of Gore Vidal and William Styron. I’ve always enjoyed Terri Morrison and her gift for prose, and the poetic style of our own Jamaica Kincaid. The list could go on; these are just a few. However, when I started writing I stopped reading. I was in search of my own style, my own voice, and I didn’t want to be influenced by anyone. Now that I’m done, I look forward to reading stuff other than my own. I won’t have to work so hard to enjoy it.