Michael Sutton '76, CMS Director of Athletics, William B. Arce Professor and George R. Roberts Fellow, recaps the 2013-14 school year and gives a preview of upcoming events in the Spring/Summer 2014 Newsletter (PDF) and Athletic Director Update video. Please click on the links above to read the full newsletter and watch the video.

A group of five Claremont-Mudd-Scripps athletic greats have been selected as inductees into the CMS Athletics Hall of Fame Class of 2014, Michael Sutton ’76, Director of Athletics, William B. Arce Professor and George R. Roberts Fellow has announced.

CLAREMONT, Calif. – Claremont-Mudd-Scripps’ Director of Athletics Michael Sutton has announced that David Schwarz, a two-time NCAA Division III national championship-winning head coach, has been hired as CMS’ new head women’s tennis coach. Schwarz takes over a CMS team that won 21 matches in 2014 and made it to the NCAA Quarterfinals after winning the Southern California Intercollegiate Athletic Conference (SCIAC) and West Region titles for the third season in a row.

Over the years, Claremont-Mudd-Scripps Athletics has won 37 Southern California Intercollegiate Athletic Conference (SCIAC) All-Sports Trophies and has been ranked in the upper echelon of Division III programs in the annual Directors’ Cup Standings. Even with CMS’ continued success during its history, the 2013-14 school year proved to be a record year for the Stags and Athenas as CMS had its best overall year in conference play and tied its highest mark ever in the Division III Learfield Sports Directors’ Cup standings, with a 13th place finish in the final 2013-14 rankings.

VIENNA – When you think of Division III football, huge crowds, fireworks during introductions, cheerleaders, pregame singers and Harley Davidson Motorcycles circling the field as part of the pre-game festivities usually don’t come to mind. But that was the environment the Claremont-Mudd-Scripps football team had the opportunity to play in when they faced the Austrian National Team in the Turkish Airlines Charity Bowl at the Hohe Warte Stadium on May 25.

It has been an exceptional spring for CMS Athletics as five teams (men’s golf, women’s golf, women’s tennis, men’s tennis and men’s track & field) won their sport’s conference championships, while the softball team won the Southern California Intercollegiate Athletic Conference (SCIAC) Postseason Tournament. Several spring teams are represented in their respective NCAA Championships over the upcoming weeks in May.

The Division III winter standings for the 2013-14 Learfield Sports Directors' Cup were released April 3 and CMS is ranked 19th out of 400-plus NCAA Division III athletic departments. This is the highest CMS has ever been ranked after the winter and the department’s first time in the top-25 through the winter standings. CMS is tops among SCIAC schools (next best is 71st) and West Coast (54th) schools. 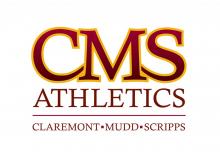 This is the busiest time of year for Claremont-Mudd-Scripps Athletics and if you are a big fan of the Stags and Athenas, the best time of the year. All told, 14 of the department’s 21 varsity athletic teams are all in action as winter and spring sports come to a crossroads. With the last of the spring teams – men’s tennis – starting its season on Feb. 20, all 10 spring sports are now underway. Here is a look at each of the 10 spring teams in this spring sports season preview.