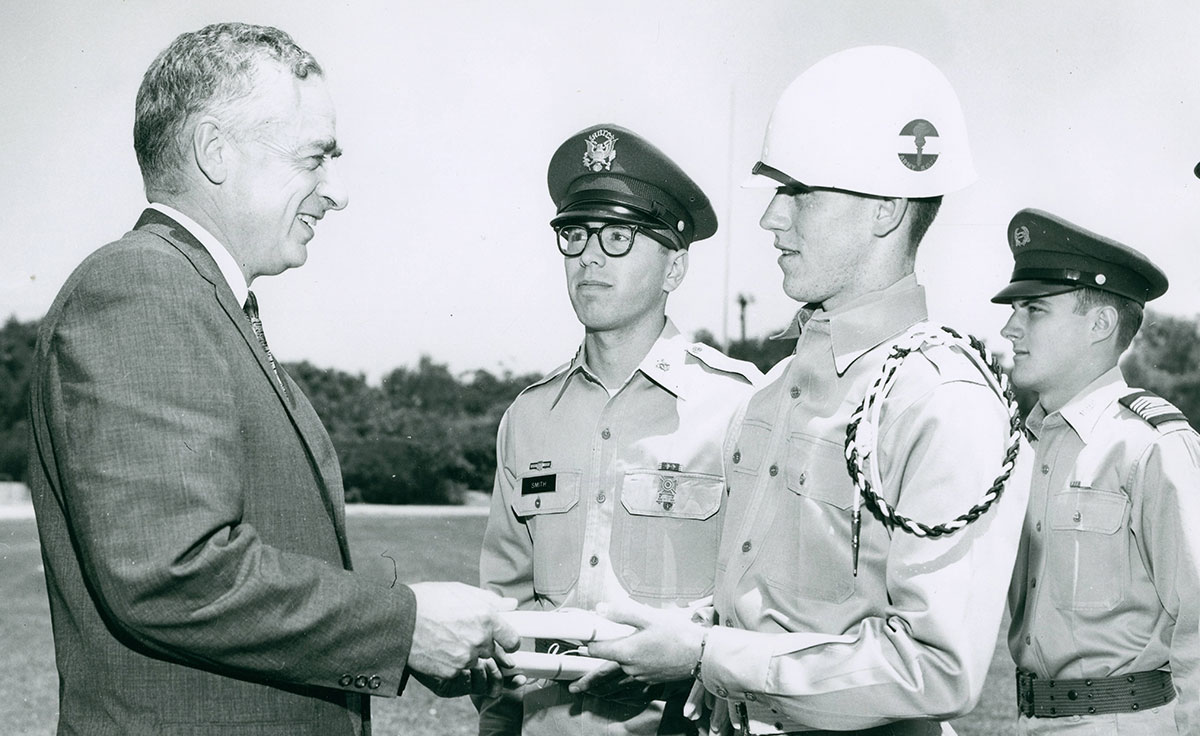 Since 1946, Claremont McKenna College’s fundamental mission has been to prepare students for thoughtful and productive lives and responsible leadership in business, government, and the professions.1

To fulfill this mission, CMC’s founders focused what they described as the Original Idea of an undergraduate education that was a rationally balanced education to meet the political, economic, social, and cultural needs of students so as to prepare them for tomorrow’s world of affairs.2 Specifically, the College’s founders envisioned CMC as a residential liberal arts college that would be distinguished by its focused academic program and its commitments to responsible leadership and research.

The founding vision called for:

Also essential to the character of CMC is its membership in The Claremont Colleges consortium. CMC remains committed to a mutually supportive framework of working in partnership with the other members of the Consortium. CMC expects to be able to build strategically on its comparative strengths while drawing selectively on the strengths of others within the Consortium.

Throughout its history, CMC’s unwavering commitment to its founding vision and focused mission has provided the foundation for its evolution, growth, and success. As a result, CMC has emerged as one of the nation’s leading liberal arts colleges, and one that is widely recognized for its distinctive approach to undergraduate education.

1 To be clear, we understand the “professions" to be a broadly defined concept meant to include a variety of highly skilled, highly schooled professionals serving in the world of affairs, whether it be in the for profit, nonprofit or government arenas.

2 See, An Idea Becomes a College, Edited by Mabel Benson at page 7.