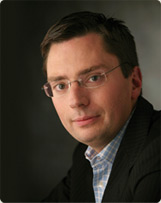 CMC Associate Professor of Financial Economics, McMahon Family Chair in Corporate Finance, and George R. Roberts Fellow Henrik Cronqvist has written a scholarly paper (“CEO Contract Design: How Do Strong Principals Do It?”) that will be published in an upcoming issue of the Journal of Financial Economics.

In the meantime, the paper, co-authored with Rüdiger Fahlenbrach, associate professor of finance at the Ecole Polytechnique Federale de Lausanne and affiliated with the Swiss Finance Institute, has been gaining traction among academicians in the financial and legal communities.

An abbreviated version of the paper was posted recently on the online site of the Harvard Law School Forum on Corporate Governance and Financial Regulation.

In their paper, Cronqvist and his colleague contribute a new perspective on executive compensation research by studying changes to CEO employment contracts implemented by some of the most sophisticated and financially savvy principals in U.S. capital markets: private equity sponsors.

We asked Cronqvist for a brief explainer of their research findings.

CMC: Can you tell us a bit about what your paper (“CEO Contract Design: How Do Strong Principals Do It?”) is about?

Cronqvist: There has been an ongoing debate in the United States about CEO pay packages, and whether they are excessive. Some have argued that CEOs are overpaid and that the reason for this is that most companies in the United States don't have any strong owners who are in control of the company. By contrast, most companies are owned by mutual funds and other investors who generally do not attempt to influence executive compensation.

For our study, we analyzed a set of firms that undergo a drastic ownership change: they transition from having dispersed shareholders (i.e., no controlling owner) to having one “strong principal,” meaning a private equity fund, as the owner who controls the company and its board. These principals are some of the most sophisticated and financially savvy principals in U.S. capital markets (e.g., Blackstone, Carlyle, and KKR & Co. L.P.). We then ask: What, if anything, do these strong owners change when it comes to CEO pay packages?

CMC: Why is your perspective on this subject deemed "new"? Cronqvist: We report several new facts. First, we find that base salary and bonuses increase by 25 percent. This is interesting because if the executives in these companies were previously overpaid we would have expected decreases, not increases, in pay after the strong principal takes over control. They also switch from basing compensation on qualitative, nonfinancial, and earnings-based measures, to focusing on cash flows. The strong principals also reduce the amount CEOs get paid if they underperform and are fired. Perks such as personal usage of corporate aircraft remain unchanged, which is consistent with these perks being used to enhance productivity.

CMC: What do you regard to be the most important finding of your research into this subject? Cronqvist: Our study provides a new perspective on executive compensation in the U.S. and shows that firms with a "strong principal" have much more pay-for-performance sensitivity.