About a decade ago, Chelina Odbert ’99 received a surprise letter from a friend and fellow CMC classmate. The letter contained an admission: when both were students together, he had been skeptical of her motivation to care so much about helping others.

“He said that in the past, it was not something he could appreciate—almost like an apology for doubting my sincerity, ” Odbert said. “Then he wrote, ‘I know that was only due to my own cynicism and shortcomings.’ It was an incredibly heartfelt, touching sentiment.”

Tech venture capitalist Drew Oetting ’12 doesn’t need to wear protective gear for work. But he’s a pandemic hero all the same—procuring masks, by the millions, for others, and charging nothing for his services. 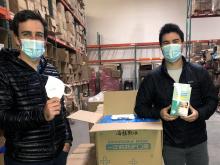 At the very end of March, two Claremont McKenna alumni and former roommates, Tyler Finn ’17 and Cole Mora ’17, learned of a grassroots fundraising effort in New York City to find and deliver much-needed respirator masks to hospitals. Less than two weeks later, they have assembled a group of tech-related individuals committed to ensuring the safety of workers on the front lines of the pandemic in Southern California.

To learn more about Kravis Leadership Institute and the vision of Henry Kravis ’67 these past 25 years, watch the KLI anniversary video here. You can also view a photo gallery from the anniversary celebration. 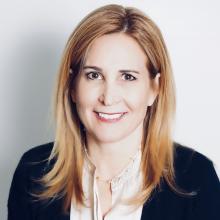 Miller launched Miller Advocacy Group 2013 as a special education law firm and counseling center. All of the firm’s attorneys and advocates are parents of children with disabilities and use their personal and professional experience to help families navigate the often complicated web of education and disabilities law. 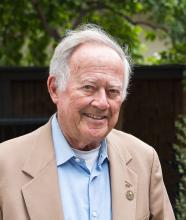 Raymond Remy ’59, an influential leader in Los Angeles public affairs and life trustee of Claremont McKenna College, died on December 21. He was 82.

A longtime resident of South Pasadena, Remy was president of RR Consulting, the political consulting firm he founded. He was a key figure in the rise of Los Angeles as a global metropolis. Remy was chief of staff and deputy mayor to Mayor Tom Bradley during a period of great economic and cultural advancement for Los Angeles.

William Cullen ’19 is the first CMC graduate to earn the honor, which sends some of the world’s best students to one of China’s top universities.

After a source recounted a “jaw-dropping” conversation in the White House about immigration, Michael D. Shear ’90 knew it was time expand his coverage of President Trump’s immigration policy into a book.

The veteran political reporter and White House correspondent for The New York Times, and his colleague, Julie Hirschfeld Davis, wrote Border Wars: Inside Trump’s Assault on Immigration to explore the President’s highly contentious views on immigration and the mechanics of an administration attempting to turn them into policy.

Jeff Klein ’75 and Kendyl Klein ’14, shared the Marian Miner Cook Athenaeum stage recently to discuss the evolving state of news, advertising and marketing, and how technology drives those changes.