When Robert J. MacGregor ’13 heads to Asia this fall as a Luce Scholar, he will be joining a select group of young leaders while adding another stop on his already impressive path of service in the developing world. 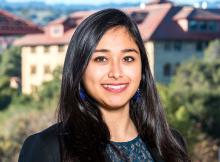 Anoma Bhat ’14 has been named one of the 49 inaugural members of Stanford University’s new Knight-Hennessy Scholars program. The program, which provides full funding for any Stanford graduate program, plus a generous living stipend, was launched to bring together an interdisciplinary cohort of young scholars and leaders prepared to develop creative solutions to some of the world’s thorniest problems.

Bhat is one of only three Knight-Hennessy Scholars to have attended a liberal arts college.

For their tech company to build a clientele list that includes National Geographic, TD Bank, Gallup, and MasterCard, Ritvij Gautam ’14 and Tim Rotolo ’14 had to juggle many responsibilities.

Robert L. Emett, a member of the inaugural class of 1950 and Life Trustee of Claremont McKenna College, has agreed to give the College approximately $20 million to greatly expand programs offering loans and paid internships to students facing financial challenges. 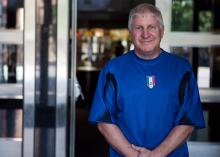 The lights had switched off at Jalisco Stadium when Roberto Angotti ’84 finished writing an article about Team Italy’s comeback to beat Mexico in the 2017 World Baseball Classic.

“It was 4 a.m.,” said Angotti, the English language reporter for Federazione Italiana Baseball e Softball. “The team shuttle had left and I was stranded on the outskirts of Guadalajara, Mexico, without a peso in my pocket.”

Angotti hitched a ride to his hotel with Team Venezuela’s shuttle in time to work on a film grant proposal.

Goldman Sachs named two CMC alumni to its 100 Most Intriguing Entrepreneurs at its Builders + Innovators Summit in Santa Barbara last month. Erik Anderson ’79 is co-chairman and CEO of Topgolf Entertainment Group and Sishir Reddy ’98 is co-founder and co-CEO at Episource. 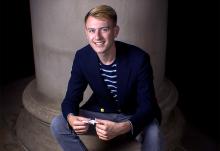 What do the editor-in-chief of The Forum newspaper, the president of ¡Mi Gente!, the captain of the swim team, two Kravis Leadership Institute Social Sector Program fellows, and a CMS football player have in common? They took their CMC-honed leaderships skills to the classroom via Teach for America after graduating in May. 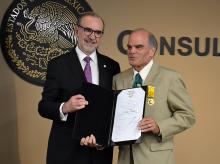