In April of 2016, CMC professors Zachary Courser, Eric Helland, and Kenneth Miller convened for a Dreier Roundtable Conference at Montpelier, the Virginia residence of James and Dolley Madison. The trio had already organized a conference at CMC earlier in the fall on political polarization and the Constitution. But being at Madison’s home made their mission clearer.

Two days after the elections, George Will could have spent an hour talking about the midterms and President Donald Trump.

Instead, the Pulitzer Prize-winning Washington Post columnist explained that everything you need to know about American political philosophy is an argument between two former Presidents and Princeton alumni (also Will’s alma mater), James Madison and Woodrow Wilson.

Will called Madison’s belief in the doctrine of natural rights the basis of our Constitution. Human nature is fixed, so government should inherently be limited, he said.

Minxin Pei, the Tom and Margot Pritzker ’72 Professor of Government and George R. Roberts Fellow, has been named the inaugural Library of Congress Chair in U.S.-China Relations.

Pei will begin an eight-month residency at the John W. Kluge Center at the Library of Congress beginning in January, 2019. As the first U.S.-China chair, Pei will foster policy-relevant research, programming, and bipartisan legislative discussion on U.S. relations with China, with a focus on public policy challenges likely to face legislators in the future.

Wolfgruber won the Lowrey Kelley Memorial Boot Camp Award for her performance in a weeklong trial simulation she completed in 2016. She was judged against all first-year attorneys who, at the end of their first year, must complete the simulation as part of the office’s training.

A philosophy and government major at CMC, Wolfgruber received her law degree from Vanderbilt University. 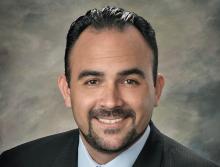 A veteran Southern California municipal administrator, Ochoa comes to Ontario from Glendale, where he has been city manager since 2012.

“I am honored and excited for this opportunity,” Ochoa said in a statement, “and look forward to working with the extraordinary team the city has assembled to serve Ontario’s residents, businesses, and community partners.”